The 4 Disgusts Test is a communally-developed test that builds on the scientifically validated Three Domains of Disgust Test, as discovered by Dr. Bunmi O. Olatunji, Ph.D.

The 4 Disgusts Test adds a fourth disgust scale to Dr. Olatunji’s existing three and matches your results with scores submitted anonymously by users of this site.

What does your disgust reveal about you? For each of the following statements, indicate the severity of your disgust below.

How disgusted would you be by...

Learning that a man always buys non-organic meat, even though he could easily afford to buy organic.

The IDRlabs 4 Disgust Test (IDR-4DT) was developed by IDRlabs. The IDR-4DT is based on the work of Dr. Bunmi O. Olatunji, Ph.D., and his colleagues, who developed the Three Domains of Disgust Scale. The IDR-TDDT is not associated with any specific researchers in the field of personality psychology, psychopathology, or any affiliated research institutions.

The test uses the following scales:

Sexual Disgust: People who score high in this dimension are more repulsed by sexual deviance than average. Elevated levels of disgust at sexual deviance may protect individuals from sexually transmitted diseases and from making problematic mate choices. Those with lower scores are less easily disgusted by sexual deviance and experimentation. They may seek out unusual sexual practices in their own life and/or regard those with higher scores as prudes.

Moral Disgust: Individuals who score high in this dimension are more easily and forcefully disgusted by conventional morality violations. High scorers thus have stronger negative reactions to cheating, deception, theft, corruption, and/or breaches of loyalty. Conversely, lower scorers may also frown on violations of traditional morality but are more liable to dismiss such missteps as “facts of life” or “parts of human fallibility.”

Pathogen Disgust: People who score high in this dimension are susceptible to potential carriers of diseases such as mold, flies, cockroaches, mosquitoes, blood, rashes, and bodily blemishes. While it is common to be repulsed by such occurrences, high scorers are more forcefully disgusted by events that could spread pathogens than those with lower scores.

Environmental Disgust: People who score high in this dimension are sensitive to what they perceive as abuses of the natural environment, for example, by putting undue stress on Mother Nature through industrial farming, pollution, overconsumption, and the like. Whereas with moral and pathogen disgust, people primarily differ in the degree to which they are disgusted. Those with low scores on Environmental Disgust often do not agree that nature can be “violated” the way high scorers claim and are more likely to view nature as a repository of resources for human beings to harness as they see fit.

As the publishers of this free 4 Disgusts Test, which allows you to screen yourself for the signs and symptoms of these four sensitivities, we have strived to make the test as reliable and valid as possible by subjecting this test to statistical controls and validation. However, free online quizzes such as the present three domains of disgust test do not provide professional assessments or recommendations of any kind; the test is provided entirely “as-is.” For more information about our online tests and quizzes, please consult our Terms of Service. 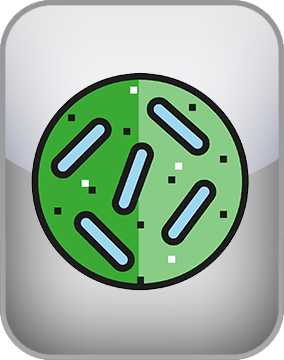 1. Free. This 4 Domains of Disgust test is free of charge and will allow you to obtain your scores related to pathogen, sexual, environmental, and moral disgust.

2. Clinically oriented. The feedback delivered by this instrument is based on the work of Ph.D.s. It is designed to provide a clear clinical picture of the respondent’s current symptoms indicating sexual, pathogen, and moral disgust as measured according to standardized items.