The Annoying Person Test is a communally-developed test to determine whether you have personality traits that are commonly considered annoying (according to online polls).

Are you an annoying person? For each of the following questions, indicate how well it applies to you below.

As far as team efforts go, I don’t feel particularly compelled to pull my own weight.

The test covers the following domains:

Self-Centered: Covers bratty or spoiled social attitudes, such as putting oneself and one’s moods at the center of activities that also involve others. Monopolizing conversations, making everything about oneself, or failing to show appropriate interest or respect for others are all occurrences that are likely to annoy others.

Poor Manners: Includes interrupting others, not giving them your attention or extended eye contact in conversations, as well as putting your own needs, moods, and wishes above those of others when part of a social setting or group. Boring or offending people with stories or jokes they do not appreciate can also be filed under poor manners, as can the tendency to shirk from contributing one’s fair share socially or in group activities.

Negativity: Involves focusing on the negatives of things, whether things that happened to you personally or experiences you are sharing with others. It also includes being overly complaining or moaning, forcing others to take the role of motivational speaker to cheer you up or counterbalance what you are saying so as to preserve a positive mood. Negativity may also extend to you being overly critical of others, which can put listeners in an uncomfortable position and you in a superficially superior one.

Unreliability: Covers being late for or flaking on appointments at the last minute, not keeping one’s word, or being a bad lender of money or things. Playing “social shopper,” i.e., holding off on giving one’s commitment to participate in social activities because one is “gaming the landscape,” hoping for “better” opportunities to turn up can also annoy others as this can be interpreted as you not appreciating them taking the time to plan things and inviting you along for the ride.

Hypersensitivity: Includes being petty and thin-skinned about who said what or who was right in conversations, as well as using vulnerability or feigned low self-esteem to get others to take responsibility for oneself and one’s well-being. Likewise, being overcritical in social settings, i.e., expecting the contributions of others to conform to exactly your expectations, can also be seen as an annoying way to interact with others and is likely to build resentment in them.

Attention-Seeking: Covers various cheap ploys to force others to pay attention to oneself, such as bragging to impress on the one hand or passing oneself off as a victim on the other. Hinting to people that one has information they are curious to know while being precious about divulging it to them can also be seen as a way to make people more attentive than they otherwise would have been. Getting others to take a true interest in you is earned by being fascinating, funny, giving, or smart – it is not taken by means of cheap tricks.

As the publishers of this free online Annoying Person, which allows you to screen yourself for the manifestations of this vice on six distinct scales, we have striven to make the test as reliable and valid as possible by subjecting it to statistical controls and validation. However, free online quizzes such as the present Annoying Person do not provide professional assessments or recommendations of any kind; the test is provided entirely “as-is.” For more information about any of our online tests and quizzes, please consult our Terms of Service. 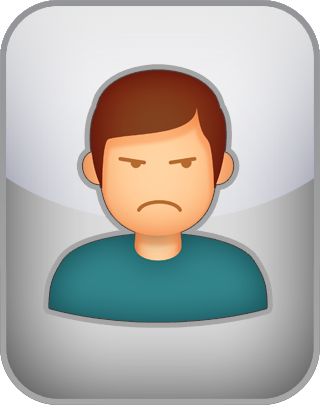 1. Free. This Annoying Person personality test is delivered to you free of charge.