Are you religious about Bitcoin?

Tobias Huber at the ETH University of Zurich has observed there are many aspects of the culture surrounding Bitcoin that resemble religion (such as evangelism, idiosyncratic terminology, and so on). These quasi-religious aspects surrounding Bitcoin can then be used to paint its community as true believers to its supporters, a cult to its critics, and a group with strange mannerisms to those who are in between.

Are you quasi-religious about Bitcoin? For each of the following statements, indicate your degree of agreement below.

I believe that traditional banks and bankers pose as false prophets for the people.

The IDRlabs Bitcoin as Religion Test was developed by IDRlabs. The test is based on the work of Tobias Huber at the ETH University of Zurich. IDRlabs is not associated with any specific researchers in the field of personality psychology, counseling psychology, or any affiliated research institutions.

The test provides feedback such as the following: True Bitcoinian: You’re emotionally, ideologically, and possibly even spiritually invested in Bitcoin. It’s not that you simply have trust in the future of Bitcoin – you have faith! You feel safe in the hands of Bitcoin and protected against the unpredictable currents of the world, including the financial consequences of war, inflation, and government interference. You feel strong and independent – empowered by the contents of your crypto wallet and the strength of your own devotion.

You are involved in the subculture surrounding Bitcoin, and you take joy in participating in a community of fellow devotees – the select few who possess both the ability to think critically about the dogmas of society and the intellectual capacity to develop their own view of what a good life is like.

As for the “nocoiners” surrounding you, you regard the uninitiated with pity and the stubbornly heathen with spite. Part of you despairs at the stupidity of a world that clings to the old and familiar ways, even as the world of boomer finance spirals toward its own demise. Another part of you, however, is glad to have jumped off the sinking ship in time. In your heart, you hope that one day people will come to their senses and abandon the fiat-based systems in favor of the autonomous, unrestrained splendor of Bitcoin.

Somewhat Bitcoinian: Exciting, isn’t it? A whole new way of understanding money and value. Suddenly we find ourselves freed from the grasp of banks, stock-market brokers, centralized governments, and spendthrift politicians. Who knows how things will develop with a new decentralized system of finance like this? It’s an interesting social experiment; one that might prove very lucrative for you if it hasn’t already.

You keep up with the world of Bitcoin. You’re in on the jargon and follow the markets. Still, you can’t really be bothered to engage too deeply with the over-enthusiastic, cultish following that has gathered around Bitcoin. The hard-boiled Bitcoinians can keep their ideological musings. Pragmatic and rational, you simply know a good thing when you see it. You’re into Bitcoin for the money, not because you’re convinced that the salvation of humanity lies in blockchain. Indeed, there might be tangible societal benefits if or when Bitcoin enters the mainstream, but in the end, you’re mostly concerned with the bulk of your own wallet.

In Bitcoinian terms, one might liken you to a scholar of religion rather than a theologian. You see things in a greater perspective, not clouded by dogmas or over-enthusiastic beliefs. In this manner, you’re perfectly equipped to understand the phenomenon from an objective perspective and, thus, to eventually profit from this knowledge.

As the developers and publishers of this Bitcoin as Religion Test, we have endeavored to make sure the quiz is as complete and accurate as possible by subjecting it to statistical controls and validation. Before taking our free online assessment, please remember that the test is provided “as-is,” for entertainment purposes, and should not be misconstrued as providing professional advice or recommendations of any kind. If you would like additional information about the present test or any of our other online tests, please refer to our Terms of Service. 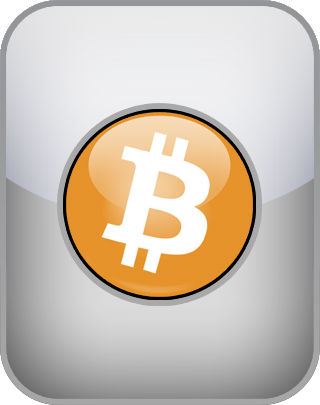 1. Free. This free Bitcoinian Test, measuring your attitude toward what has been called the quasi-religious elements of Bitcoin, is delivered to you at no cost and will allow you to ascertain the extent of your personal enthusiasm (or lack thereof) toward Bitcoin and its community.

3. Made by professionals. The present test has been made with the input of researchers who work professionally with political science and political analysis.