Ghosting refers to the tendency in modern dating to end a relationship through silence, e.g., by not replying to the other person’s messages and calls. Not taking the time to properly end a relationship is often considered hurtful and inappropriate.

Peter Jonason and his colleagues at Padua University now believe they have found a way to determine who is likely to ghost.

Are you likely to ghost? For each of the following questions, indicate how well it applies to you below.

I don't plan anything very far in advance.

The IDRlabs Ghosting Test was developed by IDRlabs. The IDR Ghosting Test is based on the work of Peter Jonason and his colleagues at Padua University, who wrote the paper “Leaving without a word: Ghosting and the Dark Triad traits.” IDRlabs is not associated with any specific researchers in the field of psychopathology or any affiliated research institutions.

Ghosting Acceptability: Indicates whether your overall morality is likely to see ghosting as an acceptable way of ending a relationship.

Fast Mating Strategy: People with a fast mating strategy tend to have many casual, low-commitment sexual relationships that do not last a long time. They also tend to have more sexual partners in their life than the average person.

Likelihood of Ghosting: Your overall likelihood of using ghosting to end a relationship. Higher scores indicate a greater probability of ghosting.

Ghosting, also called simmering or icing, is a modern term that describes a way of ending a relationship by simply stopping all communication and contact with the other person without any warning, explanation, or justification. Many people who ghost also subsequently ignore any attempts by the other person to reach out and establish communication about what happened.

In recent years, the media has reported an increase in ghosting, which has often been tied to the increasing use of digital communications and online dating apps such as Tinder.

Experts speculate that people engage in ghosting to avoid the emotional discomfort of a proper breakup. People who ghost usually avoid thinking too deeply about whether their behavior will make the other person feel or hurt. In mental health circles, ghosting has been associated with negative mental states and moods in the person receiving the ghosting. Ghosting has also been described by some mental health experts as a form of emotional abuse or spite.

The authors of this free online ghosting quiz are certified in the use of various personality tests and have worked professionally with psychology and personality typology. Before using our online test, please remember that the results are provided “as-is” and should not be understood as the equivalent of professional assessment or recommendations of any kind. For more on our free online Ghosting Test, please refer to our Terms of Service. 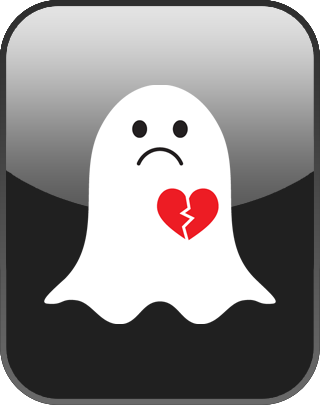 1. Free. This Ghosting Test is delivered to you at no cost and will analyze your responses regarding Ghosting Acceptability, Fast Mating Strategy, and Likelihood of Ghosting.

3. Made by professionals. The present Ghosting Test has been made with the input of people who work professionally with psychology and individual differences research.