Guardians of the Galaxy Test

Which Guardians of the Galaxy character do you resemble?

The Guardians of the Galaxy personality test is an unscientific test for entertainment purposes, earning popularity through the continued success of the Marvel franchise.

This assessment will determine which of six main Guardians of the Galaxy characters you most closely resemble, using genuine psychometric items influenced by classic theories of personality.

I take people at their word.

The test provides feedback such as the following: Drax: Former intergalactic criminal Drax the Destroyer became a fellow Guardian after being imprisoned for the vengeful pursuit of his family’s killers. He is a warrior to his core — brutish, extraordinarily strong, and always ready for a fight. Drax is energized and excited in the face of battle or other dangers. Underneath Drax’s serious exterior lies someone who is honorable, intelligent, and thoughtful. One trait of his people is an inability to grasp metaphor or symbolism, which means Drax takes everything literally. Drax generally has a calm nature but can act rashly at times, especially when he is in immediate pursuit of meting out vengeance in relation to his personal vendetta.

Mantis: Orphaned on her home planet as an infant, Mantis was raised in isolation by Ego the Living Planet (Star-Lord’s father). She makes the brave choice to betray her former master and align herself with the Guardians of the Galaxy by informing them of Ego’s evil plans. Due to her upbringing, Mantis can be rather naive and struggles with social graces, though at heart she is a powerful empath capable of sensing others’ emotions with a single touch. Not only can she perceive the emotions of others, but her pathokinesis abilities allow her to influence and change the emotional states of those around her as well.

Rocket: Rocket is an intelligent alien in the body of a raccoon and is highly sensitive to anyone not treating him with a great deal of respect, to boot. He is quick to anger and hostility, which can be a deadly combination given his excellent marksmanship. Rocket values his friendship with Groot and enjoys their pursuit of adventure (and riches) across the Galaxy. He can talk his way out of anything, calls it as he sees it, and enjoys having an audience for his dangerous antics. Complex mechanics and engineering come easily to Rocket, and he is always tinkering with a new weapon of some kind.

Psychology professionals experienced in the use and scoring of numerous psychometric assessments and measures of personality have created the IDRlabs Guardians Character Test. Though the characters examined by this test are fictitious, the present test does use genuine psychometric items to determine users’ best character matches based on various components of their personalities.

Online quizzes related to the Guardians of the Galaxy and Marvel Comics franchise, whether they are professional, educational, or for entertainment purposes only, can provide only primary considerations of some aspects of your personality. Regarding the current test specifically, your assessment scores will provide information about your closest personality match with one of six major characters from the popular movie franchise (Star-Lord, Gamora, Groot, Drax, Mantis, and Rocket). Despite the scientific nature of its creation and construction, no test ever developed can assess your personality with complete accuracy or can replace educating yourself about the relevant personality theories and models. For more information regarding the aforementioned characters specifically, you can refer to official Guardians of the Galaxy franchise materials.

As the developers and publishers of this Guardians Character Test, we have striven to make sure the quiz is as complete and accurate as possible by subjecting it to statistical controls and validation. Before taking our free online assessment, please remember that the test is provided “as-is” for entertainment purposes and should not be misconstrued as providing professional advice or recommendations of any kind. If you would like additional information about the present test or any of our other online tests, please refer to our Terms of Service. 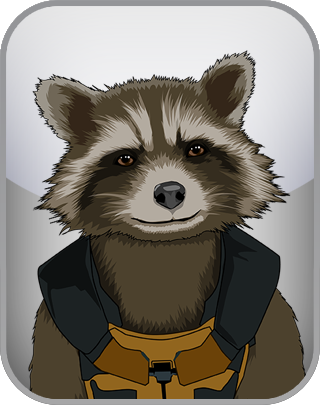 1. Free. This Guardians of the Galaxy Test is available to you at no charge and will allow you to obtain your scores as related to the personality profiles of six major characters.

2. Based on real psychometric items. Unlike other Marvel franchise character tests and quizzes that are readily available online, the present test was constructed using genuine psychometric items and was influenced by classic personality theories.

3. Statistical controls. Scores for the present test are entered into an anonymized database. Statistical analysis of the quiz is conducted to ensure maximum validity and accuracy of the test results.

4. Designed by professionals. The current test has been made using the recommendations of people who work professionally with psychological research and psychometrics.