The 2022 TV series Inventing Anna explores the case of Anna Delvey, the Instagram celebrity and German heiress who stole the hearts of New York's social scene – and defrauded them out of their money as well.

But is Anna a con woman or did she simply say and do what was needed to live the Instagram lifestyle from a young age? Indeed, judging from the captivation and the love-hate fascination the portrayal of her character has generated, some have suggested that “we are all a bit like Anna.”

Are you like Anna? For each of the following statements, indicate how well it describes you below.

I have often been called callous or insensitive.

The test provides the following feedback: A lot like Anna: With the help of her trendy wardrobe and European accent, Anna quickly became a well-known socialite in all the right New York City party places. She introduced herself as a German heiress with a bulging trust fund and a seemingly endless amount of cash. Anna traveled the world on private jets, stayed in the most magnificent hotels, and took part in the most exclusive events. Many artists, celebrities, and even CEOs of major companies were persuaded that she was a savvy entrepreneur building her business. Anna was known for getting her way with people. In your case, too, you are willing to do what it takes to get others’ attention and convince them to go along with your plans. You are perhaps quite savvy about picking up on people’s feelings and know how to make them feel noteworthy and important. Like Anna, you too probably feel that life owes you a little extra something beyond what is afforded to others. As Anna herself remarked, ‘’Life is for living, you know.”

Somewhat like Anna: By being in the right places with the right people, Anna Delvey quickly became a well-known socialite in New York’s most exquisite circles. When she hosted events, her guests included scores of famous artists, celebrities, and businesspeople. Everyone wanted to be close to Anna because Anna had made herself into the person everyone wanted to be. In your case, the fantasy of being the person everyone admires and looks up to can make itself felt in you. The human notion of striving for popularity and admiration is something that you have had. However, while you do have that aspirational side to you and perhaps can be persuasive and charming when you want to be, you are generally torn with regard to the unethical means that Anna deployed to reach her ends. While to you it can be a “dog eat dog” and “every man out for himself” kind of world at times – which can justify immoral actions that allow you to come out ahead – you also know deep down that many of the unprincipled things Anna did (and which may have tempted you at times) are wrong.

Not like Anna: Anna Delvey became a favored member of New York high society in a short time. She was the one person everyone wanted on their guest list for an exclusive event. Being hosted in splendid hotels, feasting in the best exclusive restaurants, and even enjoying treats and giveaways especially prepared for her, she seemed to live an incredible life. However, all of it was brought about by deceitful cheating and larceny. In order to have this life, Anna took advantage of the people around her and abused their trust and goodwill. In your case, you consider this kind of behavior unethical and thus refrain from engaging in it. You value people’s right to integrity and would not exploit them toward your own end. Hence, you are not like Anna.

As the publishers of this free online Inventing Anna Test, which allows you to screen yourself for personality similarities with the fictional Anna Delvey featured in the TV show, we have striven to make the test as reliable and valid as possible by subjecting it to statistical controls and validation. However, free online quizzes such as the present Inventing Anna Test do not provide professional assessments or recommendations of any kind; the test is provided entirely “as-is.” For more information about any of our online tests and quizzes, please consult our Terms of Service. 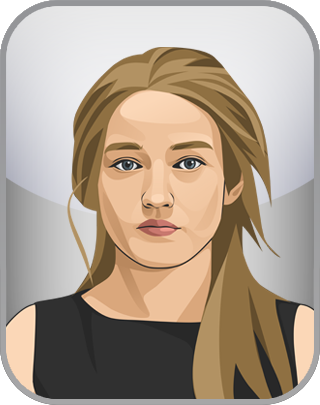 1. Free. This Inventing Anna Test is delivered to you free of charge and will allow you to obtain your Anna score.