In Japan, it is common for people to believe that a person's blood type is indicative of their personality. This belief is known as "ketsueki-gata" and is based on the idea that the various blood types correspond to different personality traits. The link between blood types and personality traits is not considered scientific, so the test is perhaps best thought of as a “just for fun” activity.

Which blood type personality do you have according to the Japanese theory? For each of the following statements, indicate how well it describes you below.

My friends describe me as easygoing and bubbly.

The IDRlabs Japanese Blood Type Personality Test (IDR-JBTPT) was developed by IDRlabs. The IDR-JBTPT is based on the work of Takeji Furukawa, who wrote the paper, "The Study of Temperament Through Blood Type." The IDR-JBTPT is not associated with any specific researchers in the field of personality psychology, psychopathology, or any affiliated research institutions.

Type O (Optimistic): People with blood type O are said to be confident, ambitious, and adventurous. They are often seen as leaders and are thought to be very organized and detail-oriented. They are also believed to be outgoing and energetic and have a strong sense of responsibility. Despite these positive traits, people with blood type O are also thought to be stubborn and somewhat inflexible. They can be seen as perfectionists who are not easily swayed from their opinions or beliefs. They can also be quite competitive and may have a tendency to put a lot of pressure on themselves to succeed. Overall, people with blood type O are seen as strong, capable individuals who are well-suited to leadership roles. They are admired for their confidence and determination but may also be seen as somewhat stubborn and rigid.

Type A (Organized): People with blood type A are often seen as good listeners and compassionate people who are considerate of others' feelings. They are known for their kindness and generosity and are thought to be calm and composed in difficult situations. They are also believed to be good at adapting to new environments and are often seen as being very flexible. Despite these positive traits, people with blood type A are also thought to be somewhat reserved and shy. They can be hesitant to express their opinions or take risks and may have a tendency to be overly critical of themselves and others. They may also be prone to anxiety and stress and may struggle with making decisions. Overall, people with blood type A are seen as artistic, sensitive, and introspective individuals who are known for their kindness and consideration of others. While they may be reserved and hesitant at times, they are also seen as adaptable and flexible.

Type B (Relaxed): People with blood type B are often seen as spontaneous and outgoing, with a strong sense of adventure and a love of challenges. They are known for their enthusiasm and their ability to inspire others. They are also believed to be very open-minded and accepting and are often seen as being very accepting of others regardless of their backgrounds or beliefs. Despite these positive traits, people with blood type B are also thought to be somewhat unpredictable and prone to mood swings. They can be seen as impulsive and prone to making rash decisions and may have a tendency to be selfish or self-centered. They may also struggle with organization and discipline and may have difficulty sticking to a set schedule or routine. Overall, people with blood type B are seen as independent, creative, and energetic individuals who are known for their strong personalities and their ability to adapt to new situations. They are admired for their spontaneity and enthusiasm, but may also be seen as unpredictable and impulsive at times.

Type AB (Eccentric): Those with blood type AB are said to be intelligent, logical, and level-headed individuals who are able to think quickly and make good decisions in a crisis. They are often considered to be complex and enigmatic, with a personality that is hard to pin down. They are also thought to be independent and individualistic, with a strong desire for freedom and autonomy. However, people with blood type AB are also said to have a tendency towards indecisiveness and can be seen as unpredictable and unreliable. They may have difficulty committing to a course of action and can be prone to mood swings and changes in temperament. Overall, those with blood type AB are thought to be intelligent and capable individuals with unique and enigmatic personalities. While they are often admired for their quick thinking and ability to make good decisions, they can also be seen as unpredictable and unreliable.

As the publishers of this Japanese blood type personality test, which allows you to screen yourself for the signs of this trait, we have strived to make the test as reliable and valid as possible by subjecting this test to statistical controls and validation. However, free online quizzes such as the present prima donna test do not provide professional assessments or recommendations of any kind; the test is provided entirely “as-is.” For more information about any of our online tests and quizzes, please consult our Terms of Service. 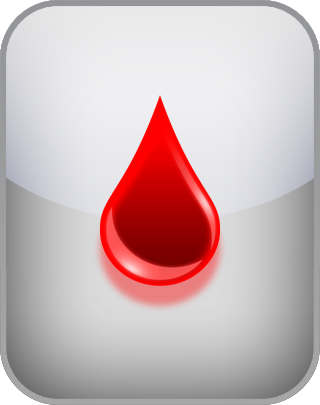 1. Free. This Japanese blood type personality test is delivered to you free of charge and will allow you to obtain your scores related to being well-organized, relaxed, eccentric, and optimistic.