This assessment will determine which of seven Justice League characters you most closely resemble, using genuine psychometric items.

I am mature beyond my years.

The test provides feedback such as the following: Batman: Bitter and constantly suspicious of others, Batman may be a hero, but he dwells in the darkest of shadows. As billionaire Bruce Wayne, he puts on a continual act to fool the world into thinking he’s a carefree playboy. However, it is only when acting as his crime-fighting alter ego that he can truly be himself. A wealthy, tech-savvy vigilante who operates at the peak of human mental and physical capabilities, Batman is nonetheless a mere mortal without any superpowers. Since the childhood murder of his parents, Batman has spent his life training to win against overwhelming odds in any fighting situation. To prepare for all contingencies, he meticulously researches the weaknesses of allies and enemies alike, sometimes causing friends to question his sanity. However, despite his seeming paranoia, Batman’s tendency to expect – and plan – for the worst has often come in handy.

Superman: Sometimes called a “Boy Scout” in a red cape and tights, Superman is one of the few superheroes whose alter ego is just a normal person — the shy newspaper reporter Clark Kent. Born on the planet Krypton, baby Kal-El (aka Superman) was sent to Earth and raised by a loving Kansas couple to have strong values and heightened moral instincts. While he was growing up, his adoptive parents also helped him hide his true strength and abilities until he was wise and mature enough to use them for good. An eternal optimist, Superman chooses to wear an “S”-shaped emblem on his costume, representing the symbol of hope in his native language. Most everyday evildoers don’t stand a chance against his formidable power set, partially contributing to the rise of “supervillains” eager to take him down. Humble enough to recognize when he needs help, Superman is usually happy to fight side-by-side with his Justice League partners.

Wonder Woman: As one of the Trinity founders of the Justice League, Wonder Woman is also the oldest member of the team, thanks to her semi-immortality. A fierce Amazonian warrior and demigoddess, Princess Diana of Themyscira grew up on a reclusive island where men had been banned and women spent their lives training for battle. While her hand-to-hand fighting skills are comparable to those of Batman, her super strength, speed, stamina, and near-invulnerability often rival the powers of Superman. Meanwhile, she employs a powerful arsenal of weapons, including shockwave-inducing bracelets, her fabled “Lasso of Truth,” and a tactical sword and shield for close-combat environments. Wonder Woman not only brings formidable capabilities to bear against enemies who sometimes underestimate her, but she is also the most level-headed of the teammates, able to talk sense into the others when stubbornness clouds their better judgment.

Flash: Barry Allen isn’t great at first impressions. As a socially awkward college student, he’s often riddled with self-doubt. But he’s also gifted with super speed, making him the fastest person on Earth (even though most people don’t realize it). Shy and insecure, his home life is a mess, with his father apparently having been falsely imprisoned after his mom’s death. Under his alter ego alias, The Flash, Barry gets off to a rocky superhero start but, with the help of his new Justice League friends, finally develops the confidence needed to show the world the hero that’s always been inside him. Though he’s nervous around beautiful women (such Wonder Woman), he enjoys the camaraderie of the team and works hard to do his part. The full and extraordinary potential of his abilities has yet to be explored, but it seems possible Flash could one day be the most powerful member of the group.

As the developers and publishers of this Justice League Test, we have striven to make sure the quiz is as complete and accurate as possible by subjecting it to statistical controls and validation. Before taking our free online assessment, please remember that the test is provided “as-is” for entertainment purposes and should not be misconstrued as providing professional advice or recommendations of any kind. If you would like additional information about the present test or any of our other online tests, please refer to our Terms of Service. 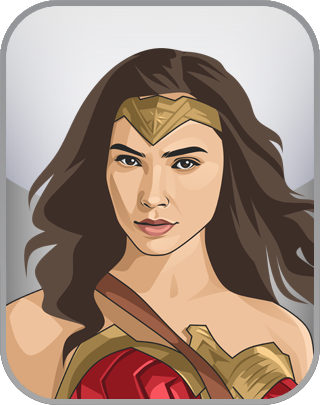 1. Free. This Justice League Test is available to you at no charge and will allow you to obtain your scores as related to the personality profiles of seven major characters.