Lord of the Rings Test

Which Lord of the Rings character do you resemble?

This assessment will determine which of seven Lord of the Rings characters you most closely resemble, using genuine psychometric items influenced by classic theories of personality.

I can be an impulsive risk-taker.

The test provides feedback such as the following: Saruman: Once the leader of the order of Istari wizards, Saruman the White was tempted during his studies by the irresistible power of dark magic. Finally caving to its sinister allure, he forsook his devotion to the welfare of Middle-earth to become a servant of evil. Instead of being an obvious villain, Saruman used subterfuge to trick former allies into trusting him and lowering their defenses. Pretending to be “good” upon meeting with his old friend Gandalf, Saruman soon revealed his true allegiance to the Dark Lord Sauron, creator of the dangerous One Ring. Craving power at any cost, Saruman betrayed his principles to align his Isengard fortress and brutal Uruk-hai warriors with Sauron’s monstrous Orc army to overtake Middle-earth. Arrogant, commanding, and utterly treacherous, Saruman’s tactical intelligence was equaled only by his talent for dark magic. Ultimately, however, Saruman’s deviant morals and arrogance clouded his judgment, leading to his defeat by those he disdained for being beneath him.

Aragorn: Operating under the nickname of Strider, Aragorn was a mysterious Ranger wandering the lands well beyond the Shire. Discovering Frodo Baggins and his fellow Hobbits at the Prancing Pony Inn, he took the imperiled travelers under his protection for fear of the One Ring being stolen by the Nazgûl (or Ringwraiths). A fierce fighter, Aragorn is unflinchingly loyal and willing to sacrifice his life to defend those under his watch. Ultimately, it became known that Aragorn was, in fact, heir to the throne of Gondor, the most critical of all kingdoms of Men. Though less than eager to accept his birthright as king, Aragorn’s honor commanded him to fulfill his duty and destiny. He is slow to take others into his confidence but possesses unshakable moral convictions along with inherent leadership traits that naturally draw others to him. Courageous and passionate, Aragorn is also thoughtful and wise, often lost in the quietude of his own troubled thoughts.

Legolas: Son of Elvin-king Thranduil, the golden-haired Prince Legolas of Mirkwood is an immortal from the race of Sindar elves. Over the years, the keen-eyed archer has become a master fighter and fierce defender of his lands and people. Though rightfully distrustful of outsiders, when honor called, he quickly volunteered to join Frodo Baggins and the Fellowship of the Ring on its perilous journey to destroy the cursed One Ring in the fires of Mount Doom. Kind-hearted and adventurous, Legolas’ personality is a mix of brazenness, bravery, and gentle wit. As an Elf, he has a deep connection with nature, is able to travel with extreme stealth, can read subtle trail signs missed by others, and can even tame animals with ease. He enjoys a friendly rivalry with grumpy Gimli the Dwarf, who shares the Elf’s love of combat. When he isn’t showing off his bowmanship, he occasionally enjoys singing about his beloved sea.

As the developers and publishers of this Lord of the Rings Character Test, we have striven to make sure the quiz is as complete and accurate as possible by subjecting it to statistical controls and validation. Before taking our free online assessment, please remember that the test is provided “as-is” for entertainment purposes and should not be misconstrued as providing professional advice or recommendations of any kind. If you would like additional information about the present test or any of our other online tests, please refer to our Terms of Service. 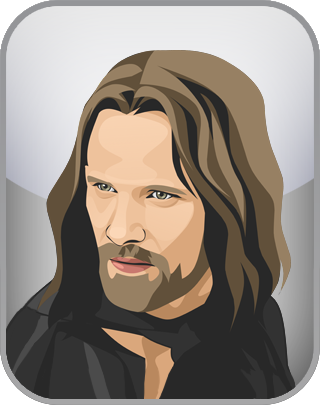 1. Free. This Lord of the Rings Test is available to you at no charge and will allow you to obtain your scores as related to the personality profiles of seven major characters.

3. Statistical controls. Scores for the present test are entered into an anonymized database. Statistical analysis of the quiz is conducted to ensure maximum validity and accuracy of the test scores.