Based on the work of Dr. Herbert Mirels, Ph.D.

Protestant Work Ethic is a concept coined by the German sociologist Max Weber in 1905. According to Weber, Protestant countries are generally more economically productive than Catholic ones because Protestantism promotes the values of labor and discipline whereas Catholicism values ceremony and confession. Protestant Work Ethic was originally conceived as a cultural variable, but some psychologists also believe that it can be measured on an individual level.

What is your degree of Protestant Work Ethic? For each of the following statements, indicate your level of agreement below.

I personally believe that the self-made person is likely to be more ethical than someone who is born to wealth.

The IDRlabs PWE Test (IDR-PWET) was developed by IDRlabs. The IDR-PWET is based on the work of Dr. Herbert Mirels and Dr. James Garret, who developed the Protestant Work Ethic Scale (PWES). The IDR-PWET is not associated with any specific researcher in specialized fields or with any affiliated research institutions.

The IDRlabs Protestant Work Ethic Test was informed by the PWES’ criteria for PWE, as published in Mirels, H. L., & Garrett, J. B. (1971). The Protestant Ethic as a personality variable. Journal of Consulting and Clinical Psychology, 36(1), 40-44; Christopher, A. & Schlenker, B. (2006). The protestant work ethic and attributions of responsibility: Applications of the Triangle Model. Journal of Applied Social Psychology, 35 (7), 1502-1515.

The work of Dr. Mirels and Dr. Garret has also informed some of the assessment in the form of the classic psychological instrument, the PWES. The present test is intended for educational purposes only. IDRlabs and the present IDRlabs Protestant Work Ethic Test are independent of the above researchers, organizations, or their affiliated institutions.

The Protestant Work Ethic Test is based on a famous theory coined by the German sociologist Max Weber in his work, The Protestant Ethic and the Spirit of Capitalism from 1905. This theory was further developed for the assessment of the PWE scale. However, free online tests and quizzes such as this one are solely first takes and cannot provide accurate assessments of your potential work ethic. Hence, the test is intended to be used for educational purposes only.

As the publishers of this free online Protestant Work Ethic Quiz, which allows you to become more knowledgeable concerning your work ethic, we have strived to make the test as reliable and valid as possible by subjecting this test to statistical controls and validation. However, free online quizzes such as the present Protestant Work Ethic Test do not provide professional assessments or recommendations of any kind; the test is provided entirely “as-is.” For more information about any of our online tests and quizzes, please consult our Terms of Service. 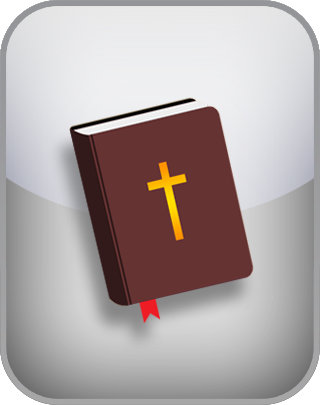 1. Free. This Protestant Work Ethic Test is delivered to you free of charge and will allow you to obtain your scores related to values of labor and discipline.