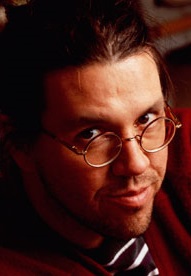 Quotes by and about David Foster Wallace

Wallace: "Religious dogmatists' problem is ... blind certainty, a close-mindedness that amounts to an imprisonment so total that the prisoner doesn't even know he's locked up."

Wallace: "A huge percentage of the stuff that [people] tend to be automatically certain of is, it turns out, totally wrong and deluded."

Wallace: "We prefer not to countenance the kinds of sacrifices the professional-grade athlete has made to get so good at one particular thing. ... We prefer not to consider the shockingly vapid and primitive comments uttered by athletes in postcontest interviews, or to imagine what impoverishments in one's mental life would allow people actually to think in the simplistic way great athletes seem to think."

Wallace: "The realities of top-level athletics today require an early and total commitment to one pursuit. An almost ascetic focus. A subsumption of almost all other features of human life to their one chosen talent and pursuit. A consent to life in a world that, like a child's world, is very serious and very small."

Wallace: "The number of film directors who get national distribution in this country who are truly interesting as artists is very, very small, and Lynch was one of them for me."

New York Times: "A versatile writer of seemingly bottomless energy, Mr. Wallace was a maximalist, exhibiting in his work a huge, even manic curiosity - about the physical world, about the much larger universe of human feelings and about the complexity of living in America at the end of the 20th century. He wrote long books, complete with reflective and often hilariously self-conscious footnotes, and he wrote long sentences, with the playfulness of a master punctuater and the inventiveness of a genius grammarian. Critics often noted that he was not only an experimenter and a showoff, but also a God-fearing moralist with a fierce honesty in confronting the existence of contradiction."