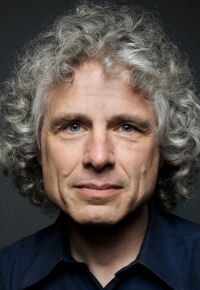 Quotes by and about Steven Pinker

Pinker: "People get uncomfortable with empirical claims that seem to clash with their political assumptions, often because they haven't given much thought to the connections."

Pinker: "Everyone agrees that [different] aspects of the world ... need different kinds of explanations. ... So yes, we all should be, and are, pluralists. But we should not be indiscriminate pluralists."

Pinker: "No one is smart enough to invent anything worthwhile on his or her own; we need to skim and combine and collect the greatest hits from a huge pool of potential innovators."

Pinker: "I grew up with the belief that God made the Jews as a light unto the nations and made the Gentiles because someone had to buy retail."