The Nobel laureate in physics Dr. Wolfgang Pauli was convinced that many of the disputes we see in science are not over the matters of science itself, but over differences in people's intuitive approach to it. Pauli believed he had discovered two definite scientific temperaments, each of which believes the other to be misguided in its approach to science. What's more, since Pauli thought he had identified root temperaments, and not merely intellectual standpoints, Pauli considered it natural that these differing conceptions are rarely articulated between scientists, but merely left to fester and frustrate. Uniquely among his professional network of top-level physicists, Pauli believed that he himself contained something of both of these temperaments, and in his writings and research, he sought to elucidate and reconcile the two.

For each of the following items, indicate your level of agreement.

Science will eventually arrive at a complete and exhaustive understanding of the world.

The CT-Pauli-SCTI© is the property of IDR Labs International. It was directly inspired by the writings of Dr. Wolfgang Pauli.

The CT-Pauli-SCTI© is the first test of its kind; a test designed to measure the archetypical philosophical and psychological opposition over science that Pauli believe he saw amongst all members of the scientific community, including the foremost physicists of his day, such as Albert Einstein, Niels Bohr, Wener Heisenberg, Erwin Schrodinger, and so on. It was Pauli's contention that neither of the two scientific temperaments were capable of understanding the other, except in extraordinary circumstances. Personally, Pauli felt that he contained something of both of these temperaments, acting especially Trinitarian in his early life, where he identified as an introverted thinking type with auxiliary intuition, whereas in later life, his spiritual and metaphysical interests led him to cultivate a more Quaternarian state of mind and approach to science. In his Quaternarian phase, Pauli identified his psychological type as introverted intuition with auxiliary thinking. Concerning the functions of cognitive life, Pauli believed that the Trinitarian cognition was synonymous with Sensation and Thinking, whereas the Quaternarian personality was rather characterized by Intuition and Feeling.

Although the present test relies strongly of the letters and writings of Dr. Wolfgang Pauli, the test should not be taken to be his words (but merely those of an interpreter). Should the user wish to familiarize himself with the words and thoughts of Pauli directly, the following titles are recommended: Gieser, S.: The Innermost Kernel (Springer 2005); Laurikainen, K.V.: Beyond the Atom: The Philosophical Thought of Wolfgang Pauli (Springer 1988); Pauli, W.: Writings on Physics and Philosophy (Springer 1994). 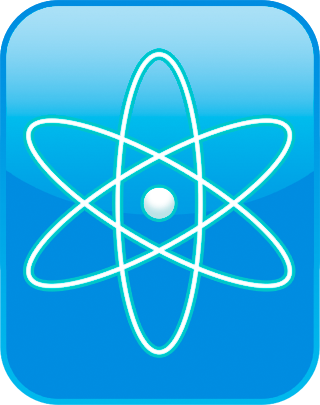 1. Free and reliable. This free online science conception test is delivered to you free of charge and will allow you to have your conception of science measured on the basis of the work of the nobel laureate in physics, Dr. Wolfgang Pauli.

2. First of its kind. Our free science conception test has been developed to help you determine your preferred style of scientific conception. Ours is also the first test to put the lifelong scholarly efforts of the Austrian physicist Wolfgang Pauli to use in personality testing.