Who is your Star Trek personality match? For each of the following statements, indicate how well it applies to you below.

I am good at mirroring the feelings of others.

The IDRlabs Star Trek: TOS Test (IDR-STTOST©) is the property of IDRlabs International. The IDR- STTOST utilizes characters from the Star Trek franchise but is not in any way associated with official Star Trek proprietors or its copyright or trademark holders. No infringement is intended by the present test.

The youngest starship captain in Starfleet’s history, Kirk advanced so rapidly by using any means necessary in his quest (in part, he reprogrammed a combat training simulation rigged to be unwinnable). A cunning and determined tactician, Kirk is a man of action, incapable of accepting the possibility of defeat. He places nothing above the prestige of his vessel, the USS Enterprise, except for the safety of his crew, who would loyally follow him to the end of the world. Equal parts brawler, philosopher, and ladies man, Kirk’s demeanor switches from casual and charming to steely and stern in the blink of an eye. His skills as an interstellar diplomat are nearly on par with his reputation as a fierce warrior and fearsome adversary. Kirk has become a living legend and, indeed, has never met a situation he couldn’t overcome.

Half human, half Vulcan, Spock serves as Captain Kirk’s impartial right-hand man and the ship’s primary Science Officer. Outwardly devoted to logic and reason, the green-blooded Spock constantly struggles with human emotions on the inside – impulses which at times interfere with his objectivity. Undyingly loyal to his captain, Spock is at the same time faithfully obedient to Starfleet regulations – deliberations which Kirk sometimes flaunts. The two men share an amiable friendship reflective of the deep bond of trust they have built between them. Despite (or perhaps because of) his seemingly heartless practicality, Spock is so well-respected that he is one of the few crew members Kirk is willing to defer judgment to. Spock’s mind has been diligently trained over the years to become almost like a computer, able to perform complex mathematical equations “in the background” while engaged with other tasks.

A self-styled country doctor, Leonard McCoy is the quintessential humanist who puts the morale and health of the Enterprise’s crew above all else. A long-time confidant of Captain Kirk, “Bones” is never shy about sharing his perspectives and reservations with his captain. Usually at odds with the ship’s unemotional Science Officer Mr. Spock, McCoy’s heartfelt convictions and smooth understanding of emotion serve as a necessary counterweight to Spock’s hard logic. Indeed, McCoy and Spock often act as opposing counterweights to sway Kirk’s opinion when life and death decisions are at stake. An old-fashioned physician, McCoy can sometimes be skeptical of technology as he believes more in the power of the human spirit to cure most ills. Despite a sometimes grumpy disposition, McCoy can also lay on the charm when the occasion arises – especially if there’s an attractive member of the opposite sex involved.

The authors of this free online Star Trek: The Original Series character quiz are certified in the use of various personality tests and have worked professionally with psychology and personality typology. Before using our online test, please remember that the results are provided “as-is” and should not be understood as the equivalent of a professional assessment or recommendation of any kind. For more on our free online Star Trek Test, please refer to our Terms of Service. 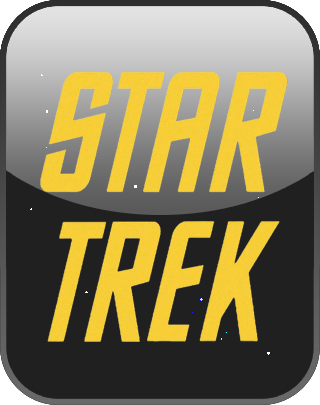 1. Free. This online Star Trek test is provided to you free of charge and will allow you to obtain your scores as related to seven major characters from the franchise.

4. Developed by professionals. The current Star Trek quiz was created by researchers and psychology professionals who work with psychometrics.