Which X-Men character do you resemble?

The X-Men Personality Test is an unscientific test for entertainment purposes, earning popularity through the continued success of the franchise.

This assessment will determine which of seven X-Men characters you most closely resemble, using genuine psychometric items influenced by classic theories of personality.

I often think interacting with others is just more trouble than it’s worth.

The IDRlabs X-Men Character Test (IDR-XCT©) was developed by, and is the exclusive property of, IDRlabs International. The IDR-XCT utilizes characters from the X-Men franchise but is not in any way associated with Marvel Enterprises, 20th Century Fox, nor any other professionals or professional bodies affiliated with the X-Men comics or films.

The test provides feedback such as the following: Wolverine: With his power to heal and regenerate from any injury, and his superhuman senses, decelerated aging, and foot-long retractable claws, Wolverine is a living humanoid bioweapon. His healing powers are so pronounced that he could survive having his skeleton bonded with the indestructible metal alloy adamantium in a secret military experiment. When pushed too far, Wolverine’s animal instincts take over and send him flying into a berserker rage, teeming with savage ferocity and incredible feats of strength. A natural introvert, Wolverine prefers to be alone, but he is capable of stepping into a leadership role when required. He has a strong sense of honor and duty, and though a rugged individualist going his own way, he ultimately wants to fight for justice and do the right thing.

Professor X: Charles Xavier is a natural-born scholar, with exceptionally powerful telepathic abilities present since childhood. Taking on the role of Professor X, he converted his family manor into a school for mutants — The Xavier School for Gifted Youngsters. Professor X is compelled by his sense of hope, idealism, and compassion; he wants to believe that humans and mutants will one day be able to peacefully coexist, and he works to instill the same aspiration in his students. He is prone to deep thought, with a restless, almost intimidating intelligence. A greatly admired leader who is beloved by those who know him, Professor X never falters in his desire to champion a kinder and more tolerant world for all.

Jean Grey: Jean’s mutant powers of telepathy and telekinesis were activated when she witnessed the death of her childhood best friend. Because she was unable to harness or control these powers, she turned to Professor X and became his first student at the Xavier School for Gifted Youngsters. Despite everything she had to go through in her youth, Jean kept a deep capacity for love, hope, and kindness — seeing the good in the world and in those around her. She is selfless and compassionate, caring for the happiness and welfare of not just of those closest to her, but humanity in general. Intelligent, driven, and determined, Jean is not afraid to speak up for what she believes in.

Psychology professionals experienced in the use and scoring of numerous psychometric assessments and measures of personality have created the IDRlabs X-Men Character Test. Though the characters examined by it are fictitious, the present test does use genuine psychometric items to determine the user’s best character match based on various components of their personality.

Online quizzes related to the X-Men and Marvel Comics franchise, whether they are professional, educational, or for entertainment purposes, can only provide primary considerations of some aspects of your personality. Regarding the current test specifically, your assessment scores will provide information about your closest personality match with one of seven major characters from the popular movie franchise (Wolverine, Professor X, Jean Grey, Cyclops, Storm, Rogue, and Iceman). Despite the scientific nature of its creation and construction, no test ever developed can assess your personality with complete accuracy or replace educating yourself about the relevant personality theories and models. For more information regarding the aforementioned characters specifically, you can refer to official X-Men franchise materials.

As the developers and publishers of this X-Men Character Test, we have striven to make sure the quiz is as complete and accurate as possible by subjecting it to statistical controls and validation. Before taking our free online assessment, please remember that the test is provided “as-is” for entertainment purposes and should not be misconstrued as providing professional advice or recommendations of any kind. If you would like additional information about the present test or any of our other online tests, please refer to our Terms of Service. 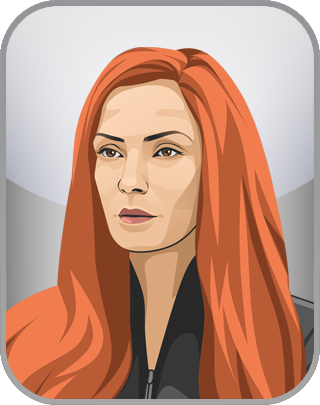 1. Free. This X-Men Test is available to you at no charge and will allow you to obtain your scores as related to the personality profiles of seven major characters.

2. Based on real psychometric items. Unlike other Marvel franchise character tests and quizzes that are readily available online, the present test was constructed using genuine psychometric items and was influenced by classic personality theories.

3. Statistical controls. Scores for the present test are entered into an anonymized database. Statistical analysis of the quiz is conducted to ensure maximum validity and accuracy of the test scores.