Based on the work of psychologist Raymond Cattell, the 16PF is a widely used personality test centered around 16 scientifically-backed personality traits. The test is sometimes likened to the Multiphasic Personality Inventory (MMPI), with the 16PF measuring healthy human traits and the MMPI measuring unhealthy traits.

What is your 16 PF profile like? For each of the following statements, indicate how well it describes you below.

I am more theoretical than practical.

The IDRlabs 16 PF Test (IDR-16 PFT) was developed by IDRlabs. The IDR-PFT is based on the work of Dr. Raymond Cattell, who developed the Sixteen Personality Factor Questionnaire (16PF). The IDR-16 PFT is not associated with any specific researchers in the field of personality psychology, psychopathology, or any affiliated research institutions.

Warmth: High scorers seek closeness and connection because of their sincere feelings of compassion, sympathy, and concern. They are rarely reserved and detached; they seldom become independent and unemotional. They tend to be warm, outgoing, attentive to others, kind, easygoing, participating, and sociable. Low scorers are more reserved, private, guarded, unsocial, and withdrawing.

Reasoning: High scorers tend to think abstractly. They are often described as academic, conceptual, and fast learners. On the other hand, those who have low reasoning scores tend to think concretely. Their cognitive skills are more attuned to real-world problems, such as flying a plane, advanced surgery, or solving a crime.

Emotional Stability: High scorers tend to stay focused on practical, pragmatic, and realistic solutions. When faced with problems, they are usually adaptive, mature, and calm. By comparison, lower scorers are emotionally unstable, and they are usually reactive and changeable; they are easily panicked by adversity and can easily be made to feel upset.

Dominance: High scorers tend to be forceful, assertive, and aggressive. They are frequently competitive, stubborn, and bossy. Low scorers are often deferential, submissive, humble, docile, and cooperative. They generally avoid conflict and like accommodating others.

Liveliness: High scorers tend to be energetic, fun-loving, and carefree. They like to engage spontaneously with others in an animated and stimulating manner. Low scorers are often described as serious and self-restrained. They tend to be cautious, unhurried, and prudent.

Social Boldness: High scorers engage in social interactions in a confident and fearless manner. They tend to enjoy challenges, risks, and being the center of attention. Low scorers are often shy and timid; they are usually perceived as modest and risk-avoidant.

Vigilance: High scorers tend to be watchful, vigilant, fervent, and alert. They are also often suspicious, skeptical, distrustful, and oppositional, suspecting danger or opportunity at every turn. As for low scorers, they tend to be trusting, unsuspecting, accepting, innocent, and endearing.

Abstractedness: High scorers tend to be imaginative, absent-minded, and impractical. They are usually absorbed in their ideas and tend to be oblivious to what’s going on around them. Low scorers tend to be grounded, practical, prosaic, solution-oriented, steady, and conventional.

Privateness: High scorers tend to be discreet, non-disclosing, shrewd, diplomatic, and polished. They are frequently able to accurately evaluate people or situations well and turn such assessments to their advantage. As for low scorers, they tend to be forthright, genuine, artless, open, guileless, naive, unpretentious and involved.

Openness to Change: High scorers tend to be free-thinking, inquiry-prone, and explorative of new approaches and innovative solutions. They are often experimental, liberal, analytical, critical, and flexible. As for low scorers, they tend to be traditional, attached to the familiar, conservative, and respectful of traditions.

Self-Reliance: High scorers are often solitary, resourceful, individualistic, and self-sufficient. They often prefer to depend on their own powers and resources rather than those of others. Low scorers tend to be group-oriented, affiliative, and dependent.

Perfectionism: High scorers tend to adopt and conscientiously follow society's accepted standards of behavior. They are self-disciplined, well-organized, thorough, attentive to detail, and goal-oriented. They may also be described as compulsive, socially precise, and have exacting willpower. As for low scorers, they tend to be tolerant of disorder and are often referred to as flexible, undisciplined, lax, impulsive, careless of social rules, and uncontrolled.

Tension: High scorers tend to be tense, impatient, driven, frustrated, and over-wrought. They have high energy and often move quickly to meet deadlines or schedules in mind. Low scorers tend to be relaxed, placid, tranquil, torpid, patient, and composed.

As the publishers of this 16 personality factors (16PF) test, which allows you to screen yourself for the signs of these 16 traits, we have strived to make the test as reliable and valid as possible by subjecting this test to statistical controls and validation. However, free online quizzes such as the present prima donna test do not provide professional assessments or recommendations of any kind; the test is provided entirely “as-is.” For more information about any of our online tests and quizzes, please consult our Terms of Service. 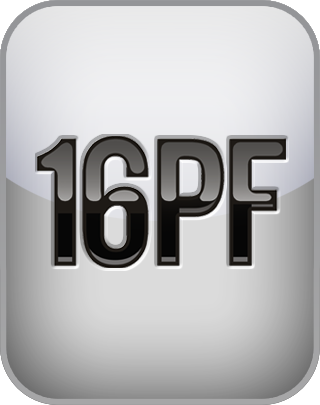