Based on research from the University of Minnesota

What are your scores on the famous multiphasic personality scales? For each of the following statements, indicate how well it describes you below.

I have often been called a strong personality.

The IDRlabs Multiphasic Personality Type Test (IDR-MPTT©) was developed by IDRlabs. The IDR-MPT was based on the famous scales known from the Minnesota Multiphasic Personality Inventory-2 (MMPI-2), a scientifically validated instrument for the assessment of personality pathologies and traits. The test is based on a classic measure developed by the University of Minnesota and is a protected intellectual property, not freely available to researchers. IDR-MPTT is not associated with any researchers who contributed to the MMPI-2 or their affiliated research institutions. Nor is the IDR-MPT the equivalent of the MMPI-2.

The Minnesota Multiphasic Personality Inventory (MMPI) is one of the most frequently used and extensively studied psychological tests worldwide. Clinical psychologist Starke Hathaway, Ph.D., and neuropsychiatrist J.C. McKinley, M.D., are the two University of Minnesota professors who originally created the test. Dr. Hathaway and Dr. McKinley felt that the self-report inventories at that time were excessively open-ended. Respondents easily manipulated the results since they could infer the purpose of these assessments. Initially, the MMPI was developed to be utilized in the University of Minnesota's Department of Psychology. The idea was to create a tool that could be used to objectively evaluate the severity of various psychiatric illnesses. The original test items had been approved by individuals with a variety of mental health diagnoses.

The MMPI eventually rose to the top of the list of psychiatric screening tools. It has been used in pre-employment examinations, hospitals, prisons, and mental clinics. The MMPI is a useful tool for identifying and treating conditions like schizophrenia, anxiety, and depression. It is also used as forensic evidence in custody and criminal defense cases. Moreover, The University of Minnesota Press, which is the MMPI's publisher, claims that companies occasionally utilize the test to assess candidates for high-risk public safety roles like police personnel, firefighters, pilots, air-traffic controllers, and nuclear power plant personnel.

The most widely used version is the MMPI-2 which has the following 10 clinical scales:

However, the IDR-MPTT is not equivalent to the MMPI-2, and the two should not be construed as identical.

Despite being crafted and statistically validated by psychology professionals, free online tests such as the present Multiphasic Personality Scales Test do not provide professional assessments or advice of any kind. The scores and accompanying personality snapshots of our Multiphasic Personality Scales Test are intended only for informative and educational purposes and are therefore provided “as-is.” For more detailed information about the present test or any of our other online psychological tests, please refer to our Terms of Service. 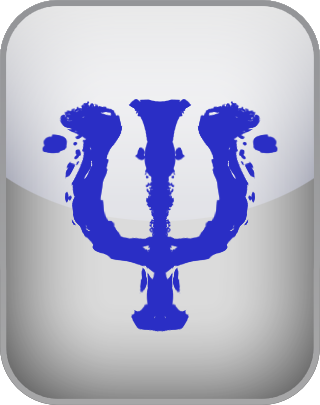 1. Free. This Multiphasic Personality Type Test is delivered to you without needing payments, signups, or registration. It utilizes the 10 famous multiphasic personality scales.