Based on the work of Dr. Richard Christie, Ph.D.

Machiavellianism is a trait in psychology defined as the propensity for interpersonal manipulation, emotional coldness, and indifference to conventional morality.

Instructions: Below is a list of questions that relate to life experiences common among people who are high in Machiavellian traits. Please read each question carefully and indicate whether it applies to you or not.

I keep track of sensitive information that can be used to hurt others at a later date.

The IDRlabs Machiavellianism Test (IDR-MT) was developed by IDRlabs. The IDR-MT is based on the work of Dr. Richard Christie and Dr. Florence L. Geis, who created the Machiavellianism Scale, which eventually became the MACH-IV test. The IDR-MT is not associated with any specific researchers in the field of psychology or any affiliated research institutions.

The work of Dr. Christie and Dr. Geis has also informed some of the diagnostic criteria in the form of the widely used psychological instrument, MACH-IV, for clinical use especially by qualified mental health professionals. The present test is intended for educational purposes only. IDRlabs and the present IDRlabs Machiavellianism Test are independent of the above researchers, organizations, or their affiliated institutions.

Though named after Machiavelli, Machiavellianism is unrelated to the historical figure or his works. However, the political philosophy of Niccolò Machiavelli is generally believed to have advocated such views in his book, The Prince, and psychologists Richard Christie and Florence Geis maintained they used extracted, edited, and truncated statements inspired by his books to study the human trait of Machiavellianism.

The 3 Minute Machiavellianism Test is based on a famous and well-regarded inventory for the assessment of Machiavellian traits. However, free online tests and quizzes such as this one are solely first takes and cannot provide accurate assessments of your personality. Hence, the test is intended to be used for educational purposes only. A definitive psychological assessment can be made only by a qualified mental health professional.

As the publishers of this free online Machiavellianism quiz, which allows you to categorize your psychological traits on manipulating and exploiting others to reach your goals, we have strived to make the test as reliable and valid as possible by subjecting this test to statistical controls and validation. However, free online quizzes such as the present Machiavellianism Test do not provide professional assessments or recommendations of any kind; the test is provided entirely “as-is.” For more information about any of our online tests and quizzes, please consult our Terms of Service. 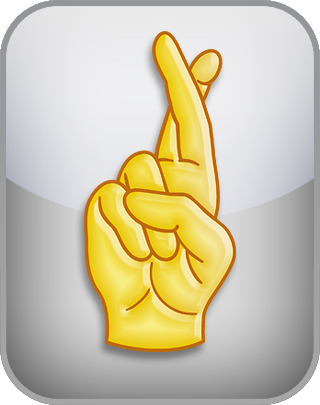 1. Free. This Machiavellianism Test is delivered to you free of charge and will allow you to obtain your scores related to your view on effectiveness being more important than morality.

4. Research-based. The feedback delivered by this instrument is based on the work of Ph.D.s and is designed to deliver a clear psychometric picture of the respondent’s current degree of Machiavellianism as measured according to standardized items.

5. Brief. The present Machiavellianism test was intentionally designed for ease of administration and can be completed in three minutes or less by the respondent.