The 4 Identities Test is a communally-developed test based on the work of researchers Heilman and Peus. It uses a multidimensional framework to assess how people fit into the new matrix of gender identities.

What is your identity according to the 4 Identities Test? For each of the following characteristics, indicate how strongly it applies to you below.

Traditional Masculine Identity: Traditional masculine identity comprises a group of stereotypical characteristics, actions, and roles that men and boys exhibit. There is evidence that some behaviors associated with masculinity are impacted by both biological and cultural influences. In Western culture, characteristics like strength, courage, independence, leadership, and aggressiveness are conventionally considered descriptions of men. Moreover, traditional masculine identity includes images of a powerful, technically proficient, ambitious, self-sufficient, and authoritative leader who can suppress his emotions. It is characterized by instrumental personality qualities like violence, self-affirmation, social dominance, and a lack of care for others. Hence, this kind of gender identity is also seen as the negative and socially unfavorable traits and actions related to idealized normative masculine norms.

Traditional Feminine Identity: Traditional feminine identity is a collection of gender-typical traits, behaviors, and roles that women and girls conventionally display. The characteristics which have been identified as stereotypically feminine include nurturing, sensitivity, sweetness, supportiveness, gentleness, warmth, passivity, cooperativeness, expressiveness, modesty, humility, empathy, affection, tenderness, being sentimental, kindness, altruism, being devoted, and understanding. The traditional societal function of women is that of the housewife, who looks after the family and is solely concerned with the wellbeing of her husband and kids. She is expected to appear thin and graceful, be accommodating and emotional, and focus on household chores and child-rearing while men take care of the finances and major decisions. Thus, this kind of gender identity may be thought to overlook women’s empowerment.

Non-binary Identity: Gender identities that are not exclusively male or female, identities that are beyond the gender binary, are referred to as non-binary or genderqueer. Nonbinary people often identify as neither exclusively male nor exclusively female. They may have a variety of sexual orientations, just like cisgender people do. They may believe their gender is fluid or subject to change or fluctuation, or they may have no permanent gender identity. They may identify as having no gender, many genders, a masculine or feminine gender, or any other gender that is not totally male or fully female. It must be noted that non-binary is not the same as intersex since a number of intersex people identify as either male or female.

Agender Identity: People who identify as agender (literally meaning “without gender”) perceive themselves as neither men nor women. They are commonly referred to as genderfree, genderless, or gender-neutral. Other terms include genderblank and neutrois (lacking a specific gender identity). Agender people are often classified under the nonbinary and transgender umbrellas. They may also feel that there are no specific terms that can label their gender identity and may eventually decide not to use any label. For instance, an individual may identify more as a person than any gender at all. It must be noted that being agender is different from being asexual. Being agender means that someone does not have a gender, while being asexual means that someone does not experience sexual attraction toward others.

As the publishers of this free 4 Identities Test, which allows you to evaluate how you are commonly being characterized as masculine, feminine, non-binary, or agender, we have strived to make the test as reliable and valid as possible by subjecting this test to statistical controls and validation. However, free online quizzes such as the present 4 Identities Test do not provide professional assessments or recommendations of any kind; the test is provided entirely “as-is.” For more information about any of our online tests and quizzes, please consult our Terms of Service. 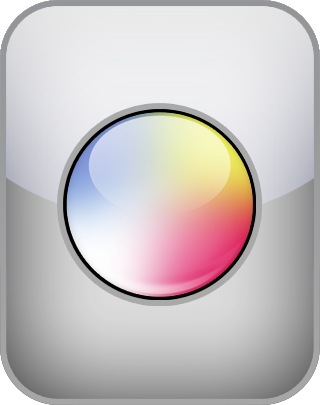 1. Free. This 4 Identities Test is delivered to you free of charge and will allow you to obtain your scores related to four gender identities in the new matrix of the social conception of gender.