The 7 Identities Test is a communally developed test to help people determine their characteristics in the new matrix of gender identities. Whereas the traditional male/female binary has held up for decades, many are now beginning to question the norms and stands that underpin the notions of classical gender conceptions.

What is your gender identity according to the modern matrix of gender identities? For each of the following statements, indicate how well it describes you below.

Medical professionals have tried to talk me into removing certain ambiguous traits I have (or have had) because they wanted me to appear more like a traditional man or woman.

The IDRlabs 7 Identities Test is based on the notions contained in the new matrix of gender identities. The test was created by and is the property of IDRlabs.

The test explores identities such as the following:

Cisgender: Cisgender, also known as cis or cissexual, describes individuals whose gender identities match the sex they were assigned at birth. For example, a person who was born female identifies themselves as a woman or girl. Similarly, a person born male and identifies as a man or boy could also be described as cisgender. However, it is important to note that individuals who are cisgender may or may not be straight since gender identity is different from romantic or sexual attractions.

Gender Fluid: Gender-fluid individuals experience changes in the gender expression that feels natural to them and/or their gender identity over time. For instance, a gender-fluid person may identify as a man one week and a woman the next. Similarly, they could alternate between agender, bigender, non-binary, or any combination thereof. The concept of gender fluidity thus recognizes the existence of gender as a spectrum and not a simple binary. It emphasizes that gender identity may alter or fluctuate. It should be noted that gender fluidity is not synonymous with sexual fluidity since gender fluidity pertains to flexibility about gender characteristics and social constructs one is willing to adopt. In contrast, sexual fluidity refers to flexibility to which gender(s) one is attracted.

Intersex: Human beings with reproductive anatomies that do not fit the traditional classifications of male or female are sometimes said to be intersex. For instance, an individual may be born with traditionally feminine outside facial features and curves, while their anatomy is more of a traditional male inside. Or a person might have genitalia that falls between the typical male and female classifications. For example, a girl might be born with a noticeably large clitoris, while a boy might be born with a noticeably small penis or a divided scrotum; it looks more like labia. Likewise, some intersex people have mosaic genes, with some cells having XX (female) chromosomes and others XY (male) chromosomes.

Agender: People who do not specifically identify as any gender sometimes refer to themselves as agender, with the prefix "a-," indicating "no" or "none." While some agender individuals characterize their identity as having no gender, others associate their agender identity with being "gender neutral," "gender free," "ungendered," or "genderblank." Other terms in this category include "gender void," "null gender," and "genderless." An agender person typically feels as though they are neither a man nor a woman, nor a combination of male and female traits. However, as opposed to identities such as genderqueer or non-binary, the agender identity is often viewed as not having a gender identification at all.

As the publishers of this 7 Identities Test, gauging the new gender matrix, we have striven to make the test as reliable and valid as possible by subjecting it to statistical controls and validation. However, free online quizzes such as the 7 Identities Test do not provide professional assessments or recommendations of any kind; the test is provided entirely "as-is." For more information about our online tests and quizzes, please consult our Terms of Service. 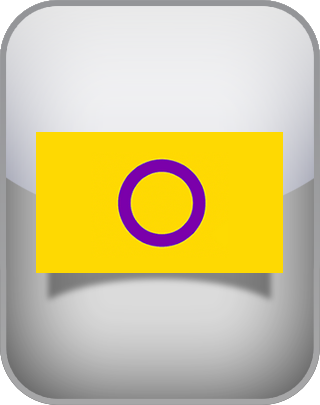 1. Free. The 7 Identities Test is delivered to you on the spot without needing payments, signups, or registration.