The alternative five model of personality encompasses impulsive sensation seeking, neuroticism-anxiety, aggression-hostility, sociability, and activity. This test is based on the work of Dr. Marvin Zuckerman and his colleagues for measuring five broad personality factors, proposed as an alternative to the usual Five Factor Model of Personality.

Where do you fall on the alternative Big Five? For each of the following questions, indicate your level of agreement below.

I am easily frightened.

The IDRlabs Alternative Five Model of Personality Test (IDR-AFMPT) was developed by IDRlabs. The IDR-AFMPT is based on the work of Dr. Marvin Zuckerman, Ph.D. and his colleagues, who created the Zuckerman-Kuhlman Personality Questionnaire (ZKPQ). The IDR-AFMPT is not associated with any specific researchers in the field of personality psychology or any affiliated research institutions.

The test measures the following factors of personality: Impulsive Sensation Seeking: People who are impulsive and seek sensations tend to act without thinking; they often like to experience thrills and unpredictable situations. People who score high in this dimension usually fail to plan, and they seek novelty, variety, and uncertainty. For instance, they usually get so carried away by new and exciting things and ideas that they never think of possible complications; they may also often do “crazy” things just for fun, and they prefer the kind of life where one is on the move and traveling a lot, with lots of change and excitement.

Neuroticism-Anxiety: Individuals with high levels of neuroticism-anxiety tend to experience fear, general emotional instability, indecisiveness, and insecurity. They are commonly sensitive to criticism. They more readily feel negative emotions such as irritability, anger, anxiety, sadness, and frustration. People who score high on this factor are also more prone to mood and anxiety disorders. For instance, they may often feel like crying at only mild stressors, get upset by trivial things, feel uncomfortable and ill at ease without reason, and ruminate pessimistically about life and existence.

Aggression-Hostility: People with high levels of aggression-hostility tend to show rudeness, impatience, a quick temper, and other abrasive behavior. They may often feel angry, lack inhibitory controls, have low social sensitivity, and can easily be made to feel vengeful. Hence, they may often cause physical and psychological harm to others as well as to themselves. For instance, it may be natural for them to curse or even become violent when they get mad, and many cannot help but get into an argument with someone who disagrees with them. Indeed, such people find it easy to behave aggressively when anyone annoys them.

Sociability: Individuals with high levels of sociability enjoy interactions with many people. They are likely to seek out big social events, prefer having numerous associations, and dislike being alone. They tend to be extroverted and direct their energies toward people and the social environment around them. They are usually described as outgoing, attentive, and talkative. High scorers often have a large number of friends and acquaintances, feel comfortable in bigger social settings parties, and do not like being by themselves for extended periods of time.

Activity: People who score high on this trait tend to be energetic, industrious, busy, and productive. They are rarely seen sitting around and doing nothing. Indeed, even when seemingly idle, they are often still mentally active and liable to be busy thinking of ways of accomplishing their tasks. High scorers thus feel the need to be doing and accomplishing things all the time and are likely to even try to accomplish useful things while waiting or otherwise experiencing downtime. They may also engage in active sports during their vacations, wear themselves out with work or exercise, and generally set about doing things in their lives with lots of energy.

As the publishers of this free online alternative model of personality test, which allows you to screen yourself for the characteristics of five traits, we have striven to make the test as reliable and valid as possible by subjecting it to statistical controls and validation. However, free online quizzes such as the present alternative model of personality test do not provide professional assessments or recommendations of any kind; the test is provided entirely “as-is.” For more information about any of our online tests and quizzes, please consult our Terms of Service. 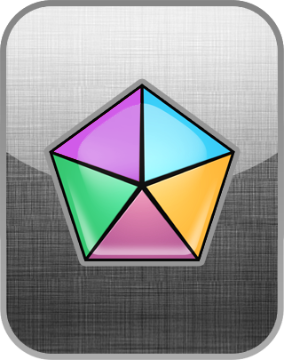 1. Free. This alternative model of personality test is delivered to you free of charge and will allow you to obtain your scores related to impulsive sensation seeking, neuroticism-anxiety, aggression-hostility, sociability, and activity.

2. Scholarly oriented. The feedback delivered by this instrument is based on the work of Ph.D.s and is designed to deliver a clear clinical picture of the respondent’s current personality traits as measured according to standardized items.