A Meditation on Wittgenstein

Michael Pierce is a video maker and contributing guest writer for CelebrityTypes. As always with guest writers on the site, Pierce’s piece represents his own insights and type assessments and not necessarily those of the site. Still, we very much enjoy his work and are pleased to be able to share it with our visitors. 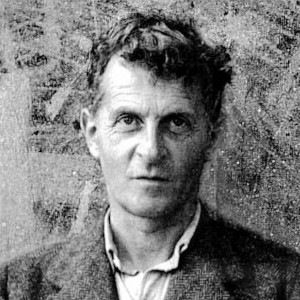 One of my favorite thinkers is Ludwig Wittgenstein. Wittgenstein wrote a book called Tractatus Logico Philosophicus, whose main purpose, in a nutshell and amongst other things, was to lay out the structural rules that all language, by virtue of it being language, must follow, and then determine what language can meaningfully express. In other words, “What can be said at all can be said clearly; and whereof one cannot speak thereof one must be silent.”

An excellent way to describe this is through typology. Wittgenstein would say that those things which typology is able to talk about meaningfully, in other words, those subjects and philosophies that fall under the head of typology’s definitions, can be explained with typology in very clear terms once they are properly understood. Long complicated explanations are only the result of a person’s difficulty in wielding a language. Meanwhile, assuming for the sake of argument that such things as behaviorism, favorite color, astrology, mathematics, or obsessive compulsive disorder are not in the domain of typology, this would mean typology cannot talk meaningfully about them. It might very well try; someone could say that Fi users prefer a particular shade of blue, or say that Ni users are usually smarter than other people, but neither of these statements refers meaningfully to typology. Fi has nothing to do with a person’s preference for color as it is defined in the theory, nor does Ni have anything to do with intelligence analysis.

In Wittgenstein’s case, he might have recommended a philosophical example, claiming that the argument over whether an already existing future necessitates a loss of free will is entirely meaningless, because if we were to get a proper, bird’s-eye view of what we’re talking about we would realize there are factors involved we could have never imagined. Hence, from an all-knowing perspective unattainable to humans, to say, for example, that the universe “already exists” or to speak of “free will” in the sense that we usually do is not even wrong; they are entirely meaningless statements with no reference how reality actually is, but only our limited, distorted perspective of it. It would be like two children arguing over whether the monster under their bed is a mammal or an insect. One says that it can’t be an insect because she’s never seen an insect eat a person before, but has heard of plenty of bears eating people. The other says that just because you’ve never seen an insect eat someone doesn’t mean it hasn’t happened. This argument might be very logical on its own terms, but it is entirely meaningless because there is no such thing as monsters who hide under children’s beds, yet the children are perfectly able to talk about it as though it were the most reasonable assumption in the world.

This kind of confused use of language, this unregulated interchanging of definitions, and each of us making endless assumptions that others know what we are talking about by using a particular word in an unexplained way has seduced many people into all manner of misunderstandings and misuse of ideas. You’ve probably seen all kinds of embarrassing arguments on Facebook or YouTube comments where the participants get caught up arguing about something that doesn’t even mean anything anymore. Therefore, what we cannot talk about meaningfully, we should remain silent about, in order to avoid such arguments and wasting each other’s time. Wittgenstein’s goal was to teach us how we might avoid such confusions through a proper understanding of language’s structure and resulting limits.

Whether or not Wittgenstein’s book solves this problem or not is still up for debate. What is not up for debate is that he later retracted many of his ideas in the Tractatus and proposed a competing view. The Tractatus assumed along with most traditional philosophy that truth is something separate from language, whether an objective truth or subjective truth, and that language is an attempt to reach out towards this already existing truth; thus language only gains meaning when it corresponds with this truth – when we adequately describe something outside of ourselves. Wittgenstein said that this is not so. He claimed that what we say is truly what we mean, and that is the truth of it. Our words are not endowed with meaning from some store of truth within ourselves or perfect dogma existing in a realm of forms, but rather they are endowed with meaning by the way the word is used in a person’s individual culture, whether that culture is one’s private language, or the culture within one’s immediate family, or an entire society or civilization. Thus Wittgenstein said that we play language games, or adhere to sets of rules that determine what certain signs, gestures or sounds ought to mean, and which differ from group to group. Under this philosophy, we should feel perfectly free to use typology to talk about as much as we want, but should remember that the meaning of our words is relative to how they fit into a particular language game. We may very well talk about Fi preferring the color blue, but that is not the same Fi that another group is talking about. We may come up with two thousand different words for the same thing and thus cover all of its facets, or we may come up with one word for a group of things to demonstrate their relationship. So, the task of philosophy is not to determine what the secret dogma is that words are reaching, but to watch and learn how words are used in various language games and thus determine each relative meaning.