Mary Arrington is a contributing guest writer for CelebrityTypes. As always with guest writers on the site, Arrington’s piece represents her own insights and assessments and not necessarily those of the site. In this piece, Arrington attempts a more informal and colloquial exposition of function axes theory than is usually seen.

Function axes are an interesting idea, but many of the descriptions are murky or overly theoretical. In this piece, I’m going to try and present the ideas of the “Determining Function Axes”-series more informally, in a way that is easier to understand and that people can relate to real life. Is it possible? We’ll soon see!

Think of a library full of books, books on all kinds of subjects. At one end of the library, the librarian is carefully 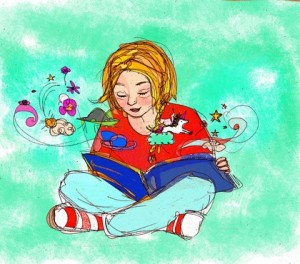 placing returned books back on their correct shelves and in their proper alphabetical positions, so that they are easy to find. At the other end of the library, a young curious child is running around the library, picking up books on all kinds of subjects and putting them all on the floor in a big mess. He flicks between books quickly, looking for interesting bits.

The librarian is similar to Si. It’s about building a careful library of information, and keeping each piece of that information in its proper place. “The information on planets looks interesting next to the information on music? Stop messing around and put them back!”

To put it in a different way, Si is focused on retaining the information in the same context that it had when it was experienced. By itself, it isn’t about looking for connections or new possibilities outside of what’s already known. It takes in the information, studies it intensely, and then fits it into its internal library. In spite of the metaphor, this need not be book knowledge, but also impressions they have experienced, like how to make the perfect cup of tea, or what their grandpa’s house smelled like when they were little, and so on. Whether these impressions are absolutely realistic or not is not what’s important here – it’s that they have a deep effect on the Si type.

Ne, on the other hand, is focused on changing the information it gathers into something new. It has little interest in sticking to what’s already known. Boring! Instead, it’s constantly looking for interesting connections and surprising new ideas. “What would be the most amazing pet to have? Well, it would have the head of a tiger, no, the head of an owl, no, a tiger with the head of an owl…! What if an asteroid were heading towards the earth right now – what would everyone do? And what would be the most interesting pet to have if one were on that asteroid?” They are in short, crazy people, like racecars with no brakes.

All NP and SJ types have this axis as an element of their psyches. While ISJs and ENPs are at the most extreme ends of this axis, even in their cases one can still see the axis at play: Si types often take pains to have a plan in place in case of unexpected and surprising things that may happen, such as the water pipes bursting or the stock market crashing. And Ne types tend to unwittingly throw a lot of references around as to where the information was first encountered, even when “mixing and matching” off the bat.