The love languages framework is a popular tool for exploring how a person expresses love and likes to be treated in their relationships. The cyberculture version of the classic love languages test is a variant adapted to the distinctiveness of internet culture.

What are your love languages like? For each of the following statements, indicate how well it applies to you below.

I really enjoy the feeling I get when someone close to me helps me with my everyday chores and tasks.

The IDRlabs Cyberculture Love Languages Test (IDR-CLLT) was developed by IDRlabs. The IDR-CLLT is based on the machinations of internet youth culture.

Memes: People whose love language is “memes” communicate love through the exchange of digital in-joke imagery. People who share this love language feel understood by their partner by virtue of a shared sense of humor, and they enjoy the feeling of knowing that their significant other has thought about them when they receive a meme with a curated message.

Serial Killers: People whose love language is “facts about serial killers” communicate love through sharing facts about murderous crimes and the individuals who commit them. Such conversation might also include debate and analysis of these events, the psychological constitution of specific serial killers, or the practices (and potential neglects) of law enforcement. People who share this love language are bonded by a mutual sense of morbid curiosity and feel understood when seeing their niche interests (which are often condemned as macabre by society) reflected in their partner.

Conspiracy Theories: People whose love language is “conspiracy theories” cherish partners who are open-minded, unrestrained by dogma and convention, and capable of seeing things from many different perspectives. Given the taboo that surrounds conspiracy theories in many social circles, such people find it soothing and exhilarating to be able to share their takes on controversial theories with their significant other. They feel loved when they are met with curiosity and earnest interest, and they adore when their partner in turn feels safe enough to share his or her own conspiracy theories in turn. Date nights can be spent in long hours immersed in deep discussions about the secrets that are being kept from us.

Roasting: People whose love language is “roasting each other” enjoy it when they and their partner engage in playful banter that outsiders might perceive as shocking or harsh. For such people, making light of each others’ flaws and ultimately articulating these in a well-directed insult is really an act of affection. People who share this love language also tend to find the power-play entailed by such a dynamic exhilarating. In these spheres, insults are considered a kind of affirmative flirtation rather than put-downs meant to undermine the other person’s self-esteem. Still, date nights spent enjoying a heartfelt exchange of loving verbal abuse are not for everyone.

As the publishers of this free online Cyberculture Love Languages Test, which allows you to screen yourself for the characteristics and manifestations of your internet culture love language, we have striven to make the test as reliable and valid as possible by subjecting it to statistical controls and validation. However, free online quizzes such as the present Cyberculture Love Languages Test do not provide professional assessments or recommendations of any kind; the test is provided entirely “as-is.” For more information about any of our online tests and quizzes, please consult our Terms of Service. 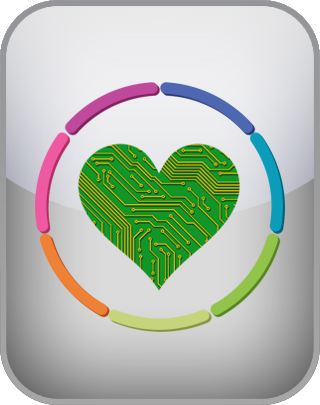 1. Free. This Cyberculture Love Languages Test is freely accessible and will allow you to obtain your scores relating to the use of memes, serial killers, conspiracies, roasting, dates, and care as preferred communications, and learn your normie factor as well.