Which Gossip Girl character do you resemble?

The Gossip Girl Personality Test is an unscientific and “just for fun” measure that has obtained a remarkable amount of popularity through the continued success of the franchise.

The test will determine which of seven Gossip Girl characters you most closely resemble. For each of the following statements, indicate your level of agreement below.

I am often unsure of my actions until I have obtained someone else’s support.

The IDRlabs Gossip Girl Personality Test (IDR-GGPT©) was developed by, and is the exclusive property of, IDRlabs International. The IDR-GGPT utilizes characters from the Gossip Girl franchise but is not in any way associated with television series creators Josh Schwartz and Stephanie Savage, the novel series author Cecily von Ziegesar, or any other professionals or professional bodies affiliated with the franchise.

The test provides feedback such as the following: Dan Humphrey: Dan lives with his family in Brooklyn – attending St. Jude’s Preparatory School on the West Side as a scholarship student. Though Dan started off as an outsider at school, portraying himself as different from his peers, what he really longed for was to be included and accepted by them. Secretly blogging about the rich and popular students allowed Dan to feel like he was a part of their lives, even before he actually was. Dan is sensitive, smart, and kind, with a tendency to overanalyze. He is quiet yet stubborn and passionate, doing his best to be successful in life despite not coming from the same type of wealthy background as his fellow students. He is in an on-again/off-again relationship with Serena van der Woodsen, with whom he has been in love since they were 15 years old; he eventually marries her in the series finale.

Serena van der Woodsen: Born to a lavish lifestyle on New York’s Upper East Side, Serena appears to effortlessly glide through life, in no small part thanks to her charm and good looks. But despite her privilege and social status, Serena does have a sweet and softer side to her. She is happiest when she is having a good time socializing with others, and she wants those around her to be enjoying themselves as well. She is friendly, confident, and expressive; her personality is like a crackling fire that draws people toward her wherever she goes. Serena is spontaneous and adventurous, seeking out new experiences with her characteristic and infectious joy of life. Her outgoing, “do what comes naturally” personality can create drama around her, but Serena’s genuine nature allows her to take responsibility for mistakes with grace.

Psychology professionals, experienced in the use and scoring of numerous psychometric assessments and measures of personality, have created the IDRlabs Gossip Girl Personality Test. Though the characters examined by this test are fictitious, the present test does use genuine psychometric items to determine the user’s best character match, based on various components of their personality.

Online quizzes related to the Gossip Girl franchise, whether they are professional, educational, or for entertainment purposes only, can only provide initial considerations of some aspects of your personality. Specifically for the current test, your assessment scores will provide information about your closest personality match with one of seven major characters from the popular novel and television series: Serena van der Woodsen, Chuck Bass, Blair Waldorf, Nate Archibald, Dan Humphrey, Jenny Humphrey, and Vanessa Abrams. Despite the scientific nature of its construction, no test ever developed can assess your personality with complete accuracy or replace educating yourself about the relevant personality theories. For more information regarding the aforementioned characters, you can refer to official Gossip Girl franchise materials.

As the developers and publishers of this Gossip Girl Test, we have endeavored to make sure the quiz is as complete and accurate as possible by subjecting it to statistical controls and validation. Before taking our free online assessment, please remember that the test is provided “as-is,” for entertainment purposes, and should not be misconstrued as providing professional advice or recommendations of any kind. If you would like additional information about the present test or any of our other online tests, please refer to our Terms of Service. 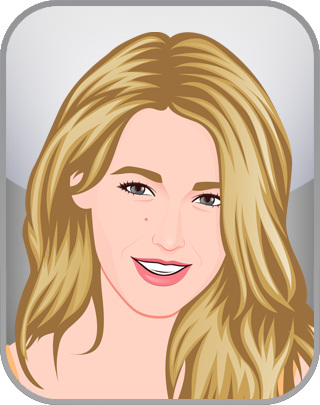 1. Free. This Gossip Girl Test is available to you at no charge and will allow you to obtain your score related to the personality profiles of seven characters from the popular franchise.

2. Based on real psychometric items. Unlike other Gossip Girl character tests and quizzes that are readily available online, the present test was constructed using genuine psychometric items and was influenced by classic personality theories.