The histrionic personality style encompasses a range of characteristics, all pointing to the presence of expressive and dramatic emotion, fickle thought processes, dissociation, feigned gregariousness, and the like. However, there is considerable variation in the type and extent of the traits.

Could you be said to have histrionic traits? For each of the following questions, indicate your level of agreement below.

People are often surprised that the conclusion I take from a focused conversation we have had is different from the one they thought we had agreed to.

The IDRlabs Sociable/Histrionic Personality Test (IDR-SHPT) was developed by IDRlabs. The IDR-SHPT is based on the work of Dr. Christopher Ferguson, Ph.D., and Dr. Charles Negy, Ph.D., who developed the Brief Histrionic Personality Scale (BHPS). The IDR-BHPS is not associated with any specific researchers in the field of personality psychology, psychopathology, or any affiliated research institutions.

Expressive Emotion: People with histrionic personality elements tend to be over-reactive, volatile, and provocative in their social style. They often express themselves using dramatic or exaggerated emotions. They are usually engaging and intolerant of inactivity, resulting in an impulsive, highly expressive, and theatrical demeanor in social situations. They use impressionistic and vague speech that dazzles, as though performing before an audience. Moreover, they have a penchant for momentary excitement, fleeting adventures, and short-lived hedonism.

Gregarious Self: Histrionic individuals view themselves as sociable, stimulating, and amiable. They enjoy the image of themselves as charismatic charmers, attracting acquaintances through their social style and unique appearance. They are much concerned with how they appear to others. They furthermore tend to pursue a busy and pleasure-oriented lifestyle. They often like to attend various kinds of social functions and enjoy mingling with others and meeting new people.

Dissociation Dynamics: People with histrionic personalities regularly alter how they present themselves to others. They seek to create a succession of socially attractive but changing facades. They also engage in self-distracting activities to avoid reflecting on and integrating unpleasant thoughts and emotions about themselves into consciousness. For instance, they may want to look for entertainment whenever they experience negative emotions about themselves. They also feel the need to be approachable and cheerful, as if this is being forced upon them from outside, and they may find it difficult to honestly talk about their issues.

Attention-Seeking: Histrionic individuals solicit praise and manipulate others to gain needed reassurance, attention, and approval. They are often demanding, flirtatious, vain, and seductively exhibitionistic, especially when frustrated at not being the center of attention. Indeed, they tend to feel underappreciated or depressed when they are not the center of attention and may use their gregariousness and/or appearance to draw attention to themselves when frustrated in this manner.

Fickle Mood: People with histrionic personality features display rapidly shifting and shallow emotions (i.e., their excitement turns off and on too quickly). They are vivacious, animated, impetuous, and exhibit tendencies to be easily enthused or bored. Hence, they need quick gratification and frequent social stimulation. For the same reason, they are inclined to make rash decisions and are easily influenced by others, and are fascinated by new options around them.

Flighty Cognition: Central histrionic traits include the tendency to avoid introspective thought, being overly suggestible, and being excessively attentive to fascinating but-fleeting external events. These inclinations stem from an inability to properly integrate one’s experiences into consciousness, which results in scattered learning and thoughtless judgments. Many people with histrionic features thus have difficulties genuinely reflecting on their circumstances.

As the publishers of this histrionic personality test, which allows you to screen yourself for the signs and symptoms of this condition, we have strived to make the test as reliable and valid as possible by subjecting this test to statistical controls and validation. However, free online quizzes such as the present sociable/histrionic test do not provide professional assessments or recommendations of any kind; the test is provided entirely “as-is.” For more information about any of our online tests and quizzes, please consult our Terms of Service. 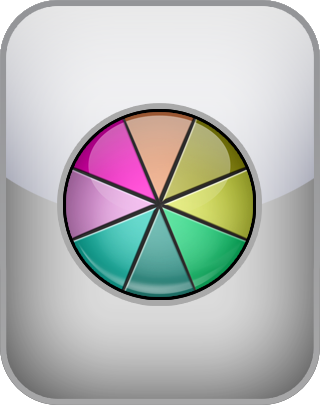 1. Free. This histrionic personality test is delivered to you free of charge and will allow you to obtain your scores related to expressive emotion, gregariousness, dissociation, attention-seeking, fickleness, flighty cognitive style, shallow intrapsychic content, and disjointed intrapsychic architecture.