The hypomanic spectrum encompasses a range of symptoms, all pointing to the presence of expressive emotion, mercurial temperament, exalted self-image, and the like. However, there is considerable variation in the type and severity of the symptoms.

This test combines the insights of several prior efforts to research the hypomanic spectrum to bring you a single, composite test for measuring hypomanic occurrences across 8 different domains.

Where do you fall on the hypomanic spectrum? For each of the following questions, indicate your level of agreement below.

I get emotionally excited about something almost every day.

The IDRlabs Hypomanic Spectrum Test (IDR-HST) was developed by IDRlabs. The IDR-HST is based on the work of Dr. Jules Angst, M.D. who created the Hypomania Checklist (HCL-32). The IDR-HST is not associated with any specific researchers in the field of psychopathology or any affiliated research institutions.

The test gives feedback such as the following: Exalted Self-image: Hypomanic individuals tend to view themselves as full of vim and vigor; as invariably hardy and robust dynamic forces, they take pride in their tireless and enterprising temperament and ever-present energy. By exhibiting such a “can-do” attitude, and believing in it themselves, persons with hypomania may galvanize themselves to take on challenges that others would not.

Piecemeal Recollections: People with hypomania often have disorganized and easily dissipated memories. Their recollections of the past tend to occur fleetingly and at random, and these often serve as mere temporary guideposts for dealing with daily challenges and conflicts. Hence, it is usually challenging for hypomanic individuals to string together detailed connections between their past and the present or to introspect accurately on their past.

Magnification Dynamics: Individuals with hypomanic features often magnify or exaggerate the intensity of the matters they are engaged in. Unlike narcissists, hypomanic people do not primarily do this to exaggerate their own qualities but, rather, to elevate the importance and intensity of the events in their lives, thereby providing themselves with some of the intense mental stimuli they continuously require.

Unsteady Affect: Hypomanic individuals often have highly unsteady emotional, cognitive, and behavioral states. To people with high scores on this dimension, the cognitive structures that govern their inner states are highly transient and fragile, and their feelings exist in momentary forms that are cluttered and disarranged. Being high in unsteady affect often means that the person has difficulty introspecting and is thus challenged when it comes to developing adequate coping strategies that could compensate for their instability.

Mercurial Moods: People with hypomanic tendencies tend to have moods that are unpredictable and erratic, seeming to change from one day to the next with little stable grounding over time. Due to the ease with which hypomanic individuals can become charged up, many tend to experience momentary excitements, believing that their current interest is the greatest matter while almost forgetting their prior commitments and interests. This can make it difficult for other people to know where they stand with the hypomanic person.

As the publishers of this free online hypomania spectrum test, which allows you to screen yourself for the signs and symptoms of this condition, we have striven to make the test as reliable and valid as possible by subjecting it to statistical controls and validation. However, free online quizzes such as the present Hypomanic Spectrum Test do not provide professional assessments or recommendations of any kind; the test is provided entirely “as-is.” For more information about any of our online tests and quizzes, please consult our Terms of Service. 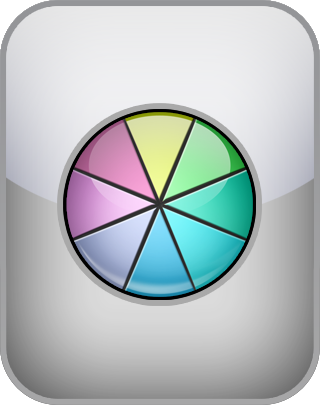 1. Free. This Hypomanic Spectrum Test is delivered to you free of charge and will allow you to obtain your scores related to being emotionally expressive, unsteady, high-spirited, mercurial, and cognitively scattered. It also includes scores that relate to exalted self-image, piecemeal intrapsychic contents, and magnification dynamics.

2. Clinically oriented. The feedback delivered by this instrument is based on the work of M.D.s and is designed to deliver a clear clinical picture of the respondent’s current symptoms indicating hypomania as measured according to standardized items.