The typology of male social hierarchies has become part of internet youth culture and is a categorization system that sorts heterosexual men into archetypes. The system is not scientific and can be thought of as a piece of modern mythology. This version of the Male Hierarchy Test uses straightforward scoring and also gives you the subtraits involved in the model.

Where in the male social hierarchy would you be? For each of the following statements, indicate how well it applies to you below.

I appear shy and reserved but am passionate on the inside.

The Male Hierarchy Subtraits Test was developed by IDRlabs based on a popular online theory that can be seen as part of online youth culture. While popular, this system is not scientific and makes use of stereotypes or archetypes, and it may not be suitable for all audiences. The information is provided for educational purposes only and should not be construed as an endorsement of statements, comments, or ideas that go against our community guidelines. Furthermore, be advised that not all of the archetypes in this system are flattering.

The test provides feedback such as the following: Alpha males are the leaders of the masculine social hierarchy. They are the type of man other men naturally want to follow. Charismatic, decisive, and willing to take risks to rise to the top, alphas are usually also successful with women. Alpha males are not simply jocks who lord over others and enjoy telling them what to do. To maintain their position in the hierarchy, alphas must grapple with the immense burdens of responsibility as others look to them for guidance and direction. Alphas tend to be very protective of their status. If the alpha senses that someone is threatening to challenge him or undermine his authority, he will strike back with impunity. On the flip side, alphas tend to be very friendly and generous toward those who support their position as leader. Alpha benefits: Power, high status, the man other men want to be. Alpha drawbacks: High stress levels, always needing to fight for his position, immense responsibilities to be shouldered.

Gamma males are the intellectuals or malcontents of the masculine social hierarchy. Knowledgeable in their fields of expertise but resentful of existing hierarchies, they are likely to sabotage alpha males and the male pecking order in general. Gammas are perhaps the most “book smart” of all the male types, but they tend to lack the social skills, money, looks, or mental toughness needed to establish dominance. Because intellect is their strength, gammas often overstress the intellectual side of life, believing that it alone should determine who makes it to the top. To gammas, it will often seem unfair that their intellectual inferiors are the ones to rise to the top. Many gammas consider themselves the “secret kings” who should actually be in charge. Since gammas are usually resentful and dissatisfied with their position, others – including women – tend to pick up on their frustration and dismiss them. This can keep gammas from realizing their full potential, leaving them in a “gamma trap.” Gamma benefits: Intelligence, sensitivity, idealism. Gamma drawbacks: Dissatisfaction with their position, frustration, being misunderstood.

The authors of this free online Male Hierarchy quiz are certified in the use of various personality tests and have worked professionally with psychology and personality typology. Before using our online test, be advised that this typology is a theory and not a piece of peer-reviewed science. The results of the quiz are provided “as-is,” meaning they should not be understood as the equivalent of a professional assessment or recommendation of any kind. For more on our free online Male Hierarchy Test, please refer to our Terms of Service. 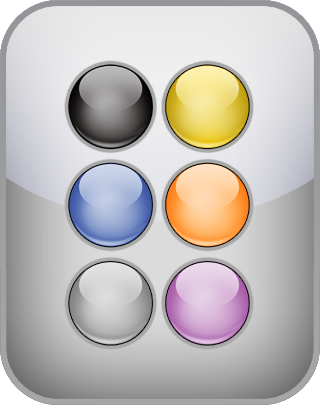 1. Free. This male social hierarchy subtraits test is provided to you at no cost and will allow you to obtain your scores as related to the six archetypes of male hierarchy as postulated by modern internet culture.