The Marvel Character Test is an unscientific and “just for fun” personality assessment that will determine which of seven characters from the Marvel universe you resemble the most.

Who is your Marvel personality match? For each of the following statements, indicate how well it applies to you below.

When people try to bully me, it only strengthens my resolve.

The IDRlabs Marvel Character Test (IDR-MCT©) is the property of IDRlabs International. The IDR-MCT utilizes characters from the Marvel franchise but is not in any way associated with Marvel or its copyright or trademark holders. No infringement is intended by the present test.

Spider-Man: Reluctant to become a hero, socially awkward high school science wiz Peter Parker eventually realized his amazing spider-like powers were too powerful to ignore. After the death of his uncle – who advised him that “with great power comes great responsibility” – Peter decided it was time to gear up and use his abilities to help others. His incredible deeds soon caught the attention of Tony Stark, who marveled at the young man’s deep compassion and heroic tendency to put himself in harm’s way to save others. An avid pop culture buff, Peter loves referencing films and cracking jokes while suited up as Spider-Man, often to the annoyance of enemies and allies alike. A great lover of all things science and technology, Peter spends his time tinkering on gadgets when he’s not fighting bad guys.

Black Panther: A fierce yet wise ruler, T’Challa was groomed from birth to become the king of the secret and technologically advanced African nation of Wakanda. Humble and calm under most circumstances, the murder of his father unleashed a rage in him that lead T’Challa into conflict with certain members of the Avengers. His deep intelligence and compassion allowed him to ultimately choose the path of justice over revenge, leading the heroes to trust him in their times of need. Fiercely devoted to doing the right thing, T’Challa broke with generations of tradition to reveal the truth of his country’s sophistication and resources, even though the move exposed his kingdom to greater risk. An expert in martial arts and other forms of fighting, T’Challa leads from the front, always ready to jump confidently into battle and face down any adversary.

Captain Marvel: Growing up, Carol Danvers was always held back by people who didn’t believe in her. But instead of robbing her of her confidence, their underestimation of her potential simply prompted her to work harder. An incredible Air Force pilot with a snarky sense of humor, Danvers was exposed to cosmic radiation during an explosion that left her with superhuman abilities including super strength, durability, flight, energy manipulation, and the ability to conjure up photon blasts. But the explosion also caused severe memory loss, which her alien Kree enemies exploited by tricking her into believing she was a Kree herself and then training her as a soldier to fight their oppressive war. Breaking free of her brainwashing, the resourceful Danvers finally unleashed the full potential of her powers to help save the universe in an epic showdown with Thanos’ army.

The authors of this free online Marvel character quiz are certified in the use of various personality tests and have worked professionally with psychology and personality typology. Before using our online test, please remember that the results are provided “as-is” and should not be understood as the equivalent of a professional assessment or recommendation of any kind. For more on our free online Marvel Test, please refer to our Terms of Service. 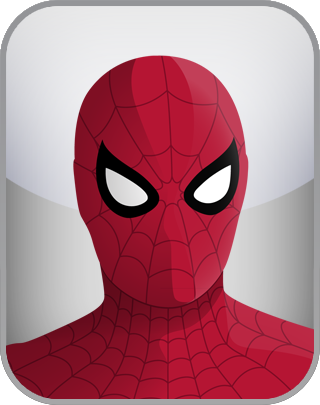 1. Free. This online Marvel test is provided to you free of charge and will allow you to obtain your scores as related to seven major characters from the franchise.

4. Developed by professionals. The current Marvel quiz was created by researchers and psychology professionals who work with psychometrics.