You are here because one of your friends linked you to his or her Moral Alignment Test result. 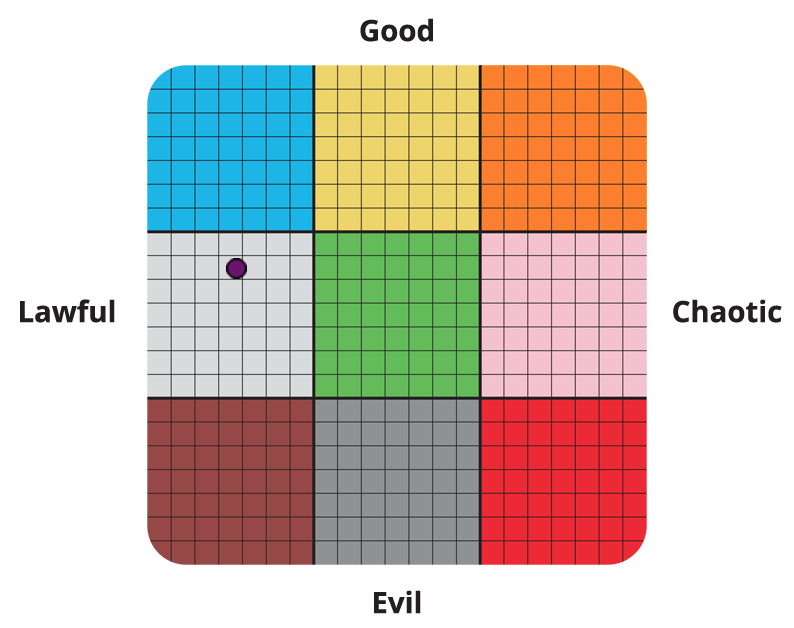 Lawful Neutral people typically believe strongly in ethical concepts such as honor, order, rules, and tradition, and they tend to adhere strongly to the personal code that they follow. Lawful Neutral individuals prefer that laws are strongly enforced and that the social order of their group is maintained. For this reason, they tend to ascribe a high value to traditions and historical precedents. The soldier who follows orders because he believes in the chain of command, or the judge who metes out justice exactingly in accordance with the word of the law, might be examples of the Lawful Neutral alignment at work. This does not mean, however, that Lawful Neutral individuals are immoral; it is simply that – to them – moral considerations come in second when compared to what their code, tradition, or law dictates.