Originating with the Dungeons and Dragons role-playing game, the 9 moral alignments which describe a person’s moral and ethical outlook have gained a cult following on the internet.

What is your moral alignment? For each of the following questions, indicate how well it applies to you below.

Even if I were trying very hard to sell something, I wouldn't lie to get my way.

The IDRlabs Moral Alignment Test was developed by IDRlabs. Though the moral alignments used in this test (Lawful Good, Neutral Good, Chaotic Good, Lawful Neutral, True Neutral, Chaotic Neutral, Lawful Evil, Neutral Evil, and Chaotic Evil) originated with the Dungeons and Dragons Roleplaying Game, this test is not affiliated with D&D or any of its copyright or trademark holders. No infringement is intended by the present test.

The test provides feedback such as the following: Neutral Good—Individuals who are Neutral Good are directed by their still, small voice and commonly act unselfishly, with just auxiliary respect for whether their activities are lawful or in accordance with social assumptions or customs. Neutral Good people generally approve of what is legal in that capacity and are not naturally rebels, yet they have faith in assisting with thoughtfulness and great deeds through whatever means appear to be important to them. Encouraging great deeds by supporting coordinated society, if that is what the situation prescribes, but jumping on the off chance to go against the grain when this is what is needed, Neutral Good individuals strike a balance between rebellion and order, with emphasis on one or the other viewed as an impairment to the more prominent objective of advancing genuine humanitarian aims across the planet.

Or: Chaotic Good—Individuals who are Chaotic Good are solid individualists set apart by a dash of kindheartedness. They seek to look out for everyone's benefit and enjoy being benevolent to other people. However, they have little need for laws and guidelines. Their activities are directed by their own ethical compass which, albeit kindhearted, may not generally line up with the remainder of society. They place a high value on opportunity—for themselves, but also for others. Chaotic Good people are intent on making the right decision; however, their strategies are, for the most part, scattered and may prompt struggle when they come into contact with individuals who lean toward broad organization and arrangements.

Or: Lawful Neutral—Lawful Neutral individuals commonly accept moral ideas like honor, request, rules, and custom, and will, in general, hold fast unequivocally to the individual code that they follow. Lawful Neutral people would rather that laws are firmly authorized and that the social request of their gathering is kept up with. Consequently, they will in general credit a high worth to customs and authentic points of reference. The trooper who follows orders since he puts stock in the mechanics of leadership, or the adjudicator who dispenses equity exactingly as per the expression of the law, may be instances of the Lawful Neutral arrangement at work. This doesn't mean, however, that Lawful Neutral people are unethical; it is just that – to them – moral contemplations come in second when contrasted with what their code, custom, or law directs.

The authors of this free online Moral Alignment quiz are certified in the use of various personality tests and have worked professionally with psychology and personality typology. Before using our online test, please remember that the results are provided “as-is” and should not be understood as the equivalent of professional assessment or recommendations of any kind. For more on our free online Moral Alignment Test, please refer to our Terms of Service. 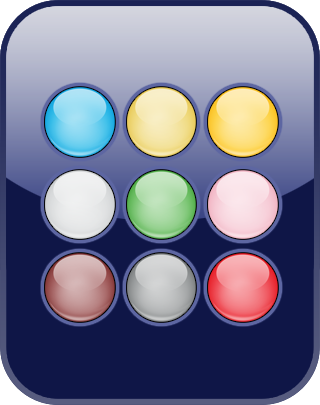 1. Free. This online Moral Alignment Test is provided to you free of charge and will allow you to obtain your scores as related to the nine Dungeons and Dragons Alignments.

4. Developed by professionals. The current Moral Alignment Test was created by researchers and psychology professionals who work with psychometrics.