Given the popularity of the original Philosopher Test, this test measures which of seven other venerable philosophers you resemble the most.

Which philosopher are you like? For each of the following questions, indicate how well it describes you below.

The ultimate goal of human existence is to achieve a life of virtue and moral action.

The test features the following philosophers:

Aquinas is best known for his synthesis of Aristotelian philosophy and Christian theology, which he developed in his influential works, such as the Summa Theologica. In these works, Aquinas sought to reconcile the philosophical and theological traditions of the time and to provide a rational and systematic explanation of the nature of God and the universe.

Despite his complex and abstract philosophical ideas, Aquinas was also known for his ability to express advanced concepts in clear and accessible language. He was a master of logical argument, and his works continue to be studied and admired for their clarity and precision.

Today, Aquinas is still considered one of the greatest philosophers in history, and his ideas continue to have a profound impact on modern philosophy, theology, and the natural sciences. His work has influenced scholars and thinkers in a wide variety of fields, and his legacy continues to be celebrated and studied by people from all walks of life.

Soeren Kierkegaard was a Danish philosopher and theologian who is widely considered one of the most important figures in the history of philosophy. Born in the early 19th century, Kierkegaard was a deeply religious and deeply troubled individual who grappled with the fundamental questions of existence and the nature of human existence.

Kierkegaard's philosophy was deeply influenced by the events of his own life, including the early death of his mother, his unhappy love affair with Regine Olsen, and his difficult relationship with his father. His writings often explored the themes of anxiety, despair, and the struggle to find meaning in a world that can seem chaotic and meaningless.

Despite the complex and often difficult nature of his philosophical ideas, Kierkegaard was known for his ability to tether his philosophical insights to his genuine and sincere experience of the world. His works, which include books such as Fear and Trembling and Sickness Unto Death, continue to be read and studied by people from all walks of life. His ideas continue to have a profound influence on contemporary philosophy, theology, and psychology.

Today, Kierkegaard is still considered one of the most important and influential philosophers in history, and his ideas continue to inspire and challenge people from all over the world. Whether you are a philosopher, a theologian, or simply someone who is curious about the nature of existence, Kierkegaard's work is sure to interest and engage you.

Georg Wilhelm Friedrich Hegel was a German philosopher who is widely considered one of the most important and influential figures in the history of Western philosophy. Born in the late 18th century, Hegel was a deeply philosophical and deeply intellectual individual who developed a complex and abstract system of thought that sought to understand the nature of reality and the human experience.

Hegel's philosophy is often associated with the concept of "dialectical thinking," which involves the idea that reality is constantly evolving and changing through a process of thesis, antithesis, and synthesis. According to Hegel, this process is driven by the inherent contradictions and conflicts that exist within the world, and it is, according to his philosophy, ultimately what allows for the development and evolution of new ideas and concepts.

Hegel’s philosophy is often held to be among the most complex and comprehensive among his admirers. His works, which include books such as The Phenomenology of Spirit and Elements of the Philosophy of Right, continue to be read and studied by people from all walks of life. His ideas continue to have a profound influence on contemporary philosophy, political theory, and the social sciences.

Today, Hegel is still considered one of the most important and influential philosophers in all of history, and his ideas continue to inspire and challenge people from all over the world.

Lao-Tse was a Chinese philosopher and the founder of Taoism, one of the major philosophical and religious traditions of ancient China. Born in the 6th century BCE, Lao-Tse was a deeply spiritual and philosophical individual who sought to understand the nature of the universe and the human experience.

Lao-Tse's philosophy is based on the concept of Tao, which can be translated as "the Way" or "the Path." According to Lao-Tse, Tao is the fundamental principle that underlies all of reality and is the source of all being and phenomena. Lao-Tse taught that the key to understanding the nature of reality and achieving personal fulfillment is to align oneself with the natural flow of Tao and to live in harmony with the universe.

Despite the abstract and metaphysical nature of his philosophical ideas, Lao-Tse expressed his ideas in poetry that made use of simple, everyday terms. This means that, on the one hand, his work is readily accessible, while on the other, a multitude of meanings can be read out of it. His most famous work, the Tao Te Ching, continues to be read and studied by people from all walks of life, and its teachings continue to have a profound influence on contemporary spirituality, philosophy, and religion.

Today, Lao-Tse is still considered one of the most important and influential philosophers in eastern philosophy, and his ideas continue to inspire and challenge people from all over the world.

Heraclitus was a pre-Socratic philosopher who is known for his ideas about the nature of change and the unity of opposites. He believed that change is constant and pervasive in the world and that reality is fundamentally fluid and impermanent. This view is reflected in the famous saying inspired by his philosophy, "No man ever steps in the same river twice," which emphasizes the idea that the world is always in a state of flux and movement, with nothing remaining static or permanent.

Heraclitus was also known for his belief in the unity of opposites and the idea that the world is made up of modes and conditions that are constantly changing in form. He saw the world as a unity of opposing forces, such as hot and cold, wet and dry, and believed that all things arise from the interaction of these forces. This view is reflected in his famous saying, "The way up and the way down are one and the same," which emphasizes the interconnectedness and interdependence of all things.

In terms of his personality, Heraclitus was a highly independent thinker who was not afraid to challenge conventional wisdom and question the beliefs of others. He was a bold and confrontational individual who was not afraid to express his opinions, even if they were unpopular or went against the norms of his society. He may have been seen as difficult or even aggressive by some, but he likely had a deep passion for truth and a desire to understand the underlying nature of the world. Overall, Heraclitus was a complex and multifaceted individual with a unique and profound perspective on the nature of reality.

Simone de Beauvoir was a French writer, philosopher, and feminist who is widely considered one of the most important figures in the history of feminist thought. Born in Paris in 1908, de Beauvoir was a brilliant and independent-minded individual who was deeply interested in the nature of freedom and the human condition.

De Beauvoir is best known for her book The Second Sex, which is widely considered a pioneering work of feminist philosophy. In this book, de Beauvoir argued that women have been socially and culturally constructed as the "other" to men and that this construction has led to the oppression and marginalization of women in many societies. She also developed the concept of "situated freedom," which holds that our freedom is not absolute but is instead determined by the social, cultural, and historical conditions in which we live.

Because of the complex and abstract nature of her philosophical ideas, de Beauvoir’s works can be hard to read because of their ambiguous and extremely abstract language and concepts. She was a prolific writer, and her works continue to be referenced and studied by people from all walks of life. Her ideas continue to have a profound influence on contemporary feminist theory and philosophy.

Today, de Beauvoir is still considered one of the most important and influential feminists in history, and her work continues to inspire and challenge women from all over the world.

Socrates was an ancient Greek philosopher who is considered one of the most important and influential figures in the history of Western philosophy. Born in Athens in the 5th century BCE, Socrates was a deeply philosophical and deeply introspective individual who sought to understand the nature of the universe and the human experience.

Socrates is best known for his method of inquiry, known as the Socratic method, which involves asking questions and engaging in dialogue in order to arrive at the truth. This method was revolutionary at the time, and it had a profound influence on the development of philosophy and critical thinking.

Today, Socrates is still considered one of the most important and influential philosophers in history, and his ideas continue to inspire and challenge people from all over the world.

As the publishers of this philosopher personality test #2, which allows you to screen yourself for the signs of this trait, we have strived to make the test as reliable and valid as possible by subjecting this test to statistical controls and validation. However, free online quizzes such as the present philosophy personality test #2 do not provide professional assessments or recommendations of any kind; the test is provided entirely “as-is.” For more information about any of our online tests and quizzes, please consult our Terms of Service. 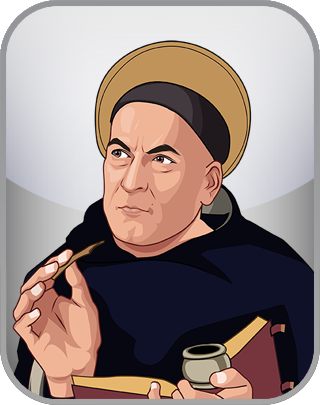 1. Free. This philosophy personality test #2 is delivered to you free of charge and will allow you to obtain your scores related to the characteristics of Aquinas, Heraclitus, Kierkegaard, Socrates, de Beauvoir, Hegel, and Lao-Tse.