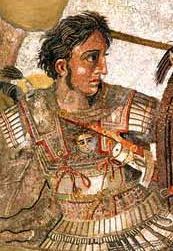 Quotes by and about Alexander the Great

[When asked to whom his empire should go:]
Alexander: "To the strongest!"

Alexander: "It is better to have no women to dinner at all than to have only ugly ones."

[When advised by his generals to conduct a night attack:]
Alexander: "I will not steal victory like a thief!"

Alexander: "I would rather live a short life of glory than a long one of obscurity." 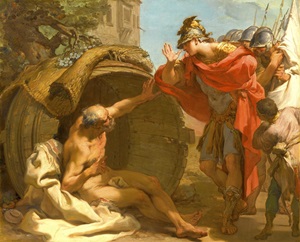 Plutarch: "When someone asked Alexander whether he would rather be Achilles or Homer, he replied: 'What do you think yourself? Would you rather be a victor or the herald who announces other people's victories?'"

[When the soothsayers advised him to postpone his invasion of Babylon:]
Alexander: "The best prophet is he who guesses well."

Plutarch: "When people addressed him as a God, Alexander said: 'Yes, yes - but I still need to sleep and fuck.'" 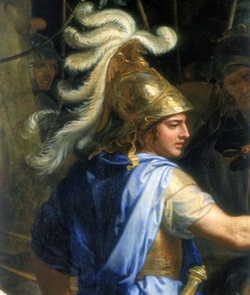 Plutarch: "Alexander captured an archer who was said to be so skilled that he could shoot an arrow through a finger-ring. Alexander told him to demonstrate this ability, but the archer refused. Alexander then became angry and ordered him executed. The archer told those who were leading him away that he had not practiced for many days and was afraid he might not succeed. When Alexander heard this, he was amazed and had the man released, sending him off with a reward, because he preferred death to seeming unworthy of his reputation."

Diodorus Siculus: "If Alexander had lived long enough, he would have built a pyramid ... as big as the biggest pyramid in Egypt."

Rob Crawford: "When Alexander took over [as king], he was barely out of his teens. [He was widely] regarded as a figurehead who would not last, [but he] quickly displayed a military genius, winning every engagement with a creativity and coolness under pressure that shocked his contemporaries."

Rob Crawford: "The ease with which Alexander slipped into the role [as general and king] was nothing short of phenomenal."

Rob Crawford: "[When Alexander set out from Greece] he was strapped for cash and one defeat away from bankruptcy and total disaster. He could not even afford a navy. However, once [he conquered] Persia ... he became the wealthiest man in the world."

Rob Crawford: "[Alexander] never hesitated to present whatever justification he needed to gain the upper hand; he was following no other ideological precepts." 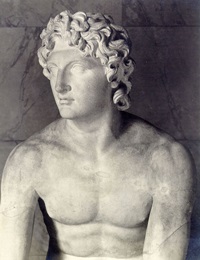 Michael Wood: "Alexander was, evidently, a man of extremes and contradictions. His story is full of chivalrous gestures, especially towards women. ... And yet he exhibited an almost sadistic malevolence towards those who crossed him. He was capable of intense spurts of energy, then long sulks; of ferocious self-denial, and then prodigious self-indulgence; of extreme generosity and murderous cruelty against former friends."

Theodore Malory: "Alexander was reckless and had a competitive side to his personality."

Peter Green: "In spite of numerous expeditions, the tomb of Alexander has never been located."