Quotes by and about Alfred Hitchcock

Hitchcock: "To be quite honest, I am not interested in content at all. I don't give a damn what the film is about. I am more interested in how to handle the material to create an emotion in an audience."

[Asked what makes him angry:]
Hitchcock: "Stupidity makes me angry. And you know, certain things in one's work - I hate to see a scene where they're pouring wine out of the wrong bottle - all those details. It's the details that bother me."

Doris Day [to Hitchcock:] "You're not telling me what to do, and what not to do, and I just feel like I've been thrown into the ring and left to my own devices. ... If I'm not giving you what you want in a scene-"
Hitchcock: "You'll be the first to know." 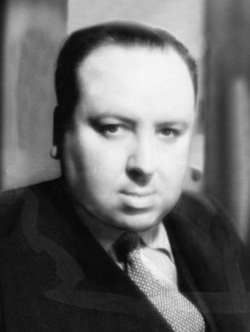 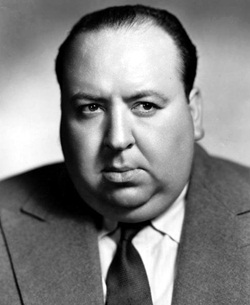 Francois Truffaut: "Hitchcock is not particularly concerned with teaching or reforming us, but with intriguing, moving, captivating us."

Francois Truffaut: "In Hitchcock's personal form of cinematic storytelling, suspense ... plays an important role. [It is] the dilation of a span of time, the exaggeration of a pause, the emphasis on all that makes our hearts beat a little harder, a little faster."

New York Times: "Detractors accused Mr. Hitchcock of relying on slick tricks, illogical story lines and wild coincidences, but he usually did not allow viewers time to ponder implausibilities because of the whiplike speed of his films."

New York Times: "Detractors acknowledged his technical expertise in entertaining, but faulted his films for lacking substance and significance, for moral opportunism and for being cynical, superficial and glib in their views of human nature."

The Times: "He was the great master of shock effects, of lulling audiences into a sense of security before hitting them hardest."

Norman Lloyd: "He [is] really on his toes and aware of any opportunity."