Quotes by and about Christian Bale

Bale: "In life ... when you're able to achieve a certain recklessness, you actually end up getting good results."

Bale: "I never want to turn something down because I'm afraid to do it."

Bale: "I always want to confuse people in terms of any kind of image and be unpredictable in any kind of movie I make."

Bale: "I tend to think you're fearless when you recognize why you should be scared of things, but do them anyway." 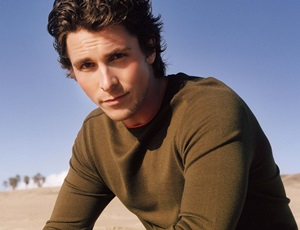 Bale: "I've always felt that I would rather see an actor, writer, or musician's work, rather than actually know the person. If you know too much about an artist, it somehow lessens their ability to do their work as well."

Bale: "Everybody talks about the process too much. The interesting thing about a movie is the movie."

Bale: "I find that with particular projects, I kinda know in the back of my head why I'm doing it and what I find interesting, but I never wanna bring it to the front and verbalize it. Because the minute I do that, I'm done. I've stuck a fork in that one! I'm bored!"

Bale: "[If I had not made it as an actor] I think I probably would have tried to experience my own stories in the way my father did - the sort of travel, the randomness of life, educating himself through experiences. ... I would have been very happy just cruising around and enjoying the unexpected."

[Esquire Magazine: "You're famous for losing sixty-three pounds on The Machinist. You looked scary. What's up with that?"]
Bale: "That was just a kind of an asshole seeing if he could have the discipline to mentally control himself for an amount of time." 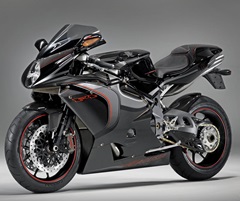 [Esquire Magazine: "You want to be perceived accurately, but you also don't want to give any details. You realize that those two things contradict each other."]
Bale: "No, it's simpler than that. I want to be able to just act and never do any interviews, but [then I have to] to stand up to the studio. ... So I tip my hat and go, 'Okay mister! All right mister! I'll go do the salesman job!'"

Bale: "I don't want people to know me ... because if you know something about somebody, it gets in the way of just watching the guy as the character."
[Esquire Magazine: "But that's not really true. If you really disappeared into your role, people wouldn't realize it was the same guy from movie to movie."]
Bale: "No! It's like painting behind the radiator - I'd know about it even if nobody else does." 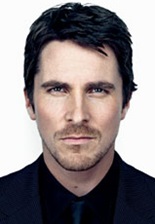 [On being an actor:]
Bale: "I have a very sissy job, where I go to work and get my hair done, and people do my makeup, and I go and say lines and [then] people spoil me rotten."

[On his philosophy of life:]
Bale: "One word: Immersion. It doesn't matter whether I would be acting or doing anything else. It's about taking things a little too far. It's about you don't know the edge until you've gone over it. That fascinates me."

Bale: "I've always thought, if I was in a band, I'd never want to be the lead singer."