Quotes by and about Colin Powell

Powell: "I [always] saw a great merit in the way my parents lived their life, and I never wished to displease them. I always wanted them to be proud of me. The worst days of my life were ... when I did something that disappointed my mother and my father."

Powell: "I was not a terribly good student. I did not read a great deal when I was a youngster. The streets were a greater attraction to me in New York than was the New York Public Library system, or staying in my room reading anything but comic books." 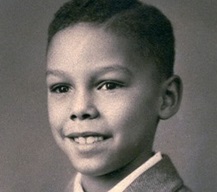 Powell: "[As a child] I read what I was required to read by the public school system of the City of New York, and children's books. But I didn't really become an avid reader until I was an adult."

Powell: "[My first role model] was sharp, quick, disciplined, organized - qualities then invisible in me. ... I set out to remake myself in [his] mold."

Powell: "The American people [always] make their will known. That will is almost universally a will based on what's right, based on honesty, based on goodness. ... I am as corny as you can be on that subject. But it is the deepest element of my national faith."

New York Times: "He seems never to have accepted a promotion without making the promoter beg him to take it."

New York Times: "[He was] first drawn to religion for the pomp and the Army for the uniform."