Quotes by and about Eckhart Tolle

Tolle: "Even when I'm interacting with people or walking in a city, doing ordinary things, the way I perceive the world is like ripples on the surface of being. Underneath the world of sense perceptions and the world of mind activity, there is the vastness of being." 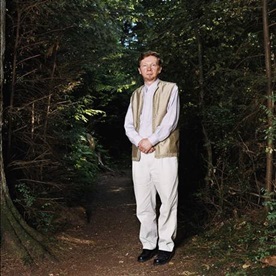 Tolle: "True compassion ... is awareness of a common bond of shared mortality and immortality."

Tolle: "I enjoy traveling to New York and Los Angeles, where it seems that people are totally involved. I was looking out of the window in New York. ... And everybody was rushing around, almost running. Everybody seemed to be in a state of intense nervous tension, anxiety. It's suffering, really, but it's not recognized as suffering. And I thought, where are they all running to? And of course, they are all running to the future. They are needing to get somewhere, which is not here. ... They are suffering, but they don't even know it. But to me, even watching that was joyful. I didn't feel, 'Oh, they should know better.' They are on their spiritual path. At the moment, that is their spiritual path, and it works beautifully."

Oprah Winfrey: "His encouraging inspiration has allowed me and many other people to see the possibility of an awakened consciousness."

The Guardian: "Books like Tolle's, neither traditionally religious nor rationalist, are sitting targets for criticism from across the spectrum: when Oprah Winfrey began promoting him, Christian viewers of her show accused her of trying to start her own church; to hardcore rationalists, Tolle's ideas are no better than the crystals-and-angels nonsense that clutters the new-age shelves."