Quotes by and about Francisco Franco

New York Times: "Unlike Hitler or Mussolini, he never harangued multitudes or stirred them to fervor. He spoke publicly no more than three or four times a year [and] his face was so expressionless that when he gave his annual New Year's Eve address on television, the state network showed him for only a few minutes and flashed newsreel clips against his narration the rest of the time."

New York Times: "[In public] he waved in his stiff, almost timid manner and forced a smile here and there; but there seemed to be almost no rapport between him and the population."

About.com: "Franco was a serious character, even as a child. ... He could be sentimental over trivial issues, but exhibited an icy coldness over anything serious." 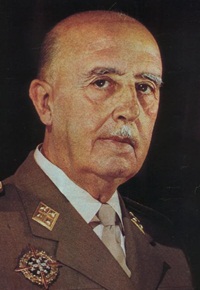 New York Times: "He was ... enormously well-informed, for he listened to his ministers and subordinates and visitors, and he read newspapers with care. Some of this listening was done at semimonthly Cabinet meetings, over which he presided with great imperturbability. These sessions began at 9 A.M. and often continued all day and through the night, for they dealt not only with major matters but also with such trivia as a medal for a minor civil servant."

Jason Watts: "At a time in which many Spanish officers were characterized by sloppiness and lack of professionalism, young Franco quickly showed his ability to command troops effectively and soon won a reputation for complete professional dedication. He devoted great care to the preparations of his units actions and paid more attention than was common to the troops' well being. Reputed to be scrupulously honest, introverted and a man of comparatively few intimate friends, he was known to shun all frivolous amusements." 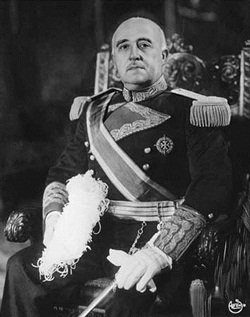 Time Magazine: "Francisco Franco is a neat, spotlessly turned out little man (5 ft. 3 in.). He is fastidious about his person. One of his characteristic gestures is a dainty dabbing at his forehead with a handkerchief."

Jason Watts: "As commander in chief in the Civil War, Franco was a careful and systematic leader. He made no rash moves and suffered only a few temporary defeats as his forces advanced slowly but steadily; the only major criticism directed at him during the campaign was that his strategy was frequently unimaginative."