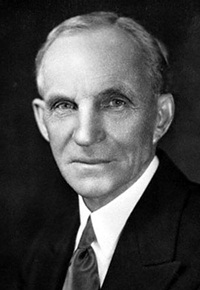 Quotes by and about Henry Ford

Ford: "Life is a series of experiences, each one of which makes us bigger, even though sometimes it is hard to realize this. For the world was built to develop character, and we must learn that the setbacks and grieves which we endure help us in our marching onward."

Ford: "The vast majority of men ... want to be led. They want to have everything done for them and to have no responsibility."

Ford: "Prosperity and happiness can be obtained only through honest effort. Human ills flow largely from attempting to escape from this natural course."

Ford: "Nothing is particularly hard if you divide it into small jobs."

Ford: "You can't build a reputation on what you are going to do."

Ford: "I am not a reformer. I think there is entirely too much attempt at reforming in the world and that we pay too much attention to reformers."

Ford: "Experience and reform do not go together. A reformer cannot keep his zeal at white heat in the presence of a fact. He must discard all facts." 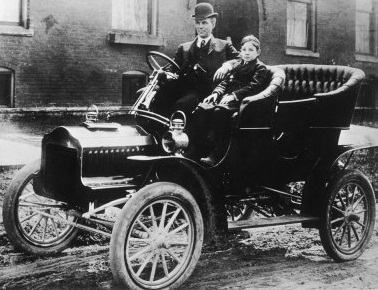 Ford: "We make no attempt to coddle the people who work with us. It is absolutely a give-and-take relation. ... We do not believe in ... the professionalized 'personal touch' or 'human element.' ... Men want something more than a worthy sentiment."

Ford: "Social conditions [in the workplace] are not made out of words. They are the net result of the daily relations between man and man. The best social spirit is evidenced by some act which costs the management something and which benefits all. That is the only way to prove good intentions and win respect. Propaganda, bulletins, lectures - they are nothing. It is the right act sincerely done that counts."

Ford: "Leisure and work bring different results. If a man wants leisure and gets it - then he has no cause to complain. But he cannot have both leisure and the results of work." 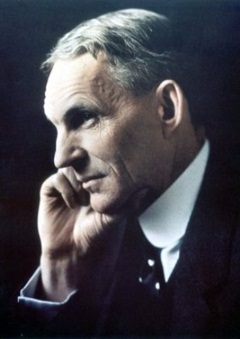 Ford: "More men are beaten than fail. It is not wisdom they need or money, or brilliance, or 'pull,' but just plain gristle and bone. This rude, simple, primitive power which we call 'stick-to-it-iveness' is the uncrowned king of the world of endeavor. People are utterly wrong in their slant upon things. They see the successes that men have made and somehow they appear to be easy. But that is a world away from the facts. It is failure that is easy. Success is always hard."

Ford: "I have no quarrel with the general attitude of scoffing at new ideas. It is better to be skeptical of all new ideas and to insist upon being shown rather than to rush around in a continuous brainstorm after every new idea. Skepticism, if by that we mean cautiousness, is the balance wheel of civilization. Most of the present acute troubles of the world arise out of taking new ideas without first carefully investigating to discover if they are good ideas."