Quotes by and about John F. Kennedy

Kennedy: "I'm running for the presidency .. because this is the place where action is going to take place."

Kennedy: "It seems to me that one of the functions of the president is to try and have [things] move with more speed."

Kennedy: "A president can't administer a department. But at least he can be a stimulant."

[When asked what he thought of his chance of being elected senator:]
Kennedy: "Well, I think all candidates are optimistic, like prizefighters are. I feel there is a good chance."

[On being president:]
Kennedy: "It's much easier to make the speeches than it is to make the judgments."

Kennedy: "Physical fitness goes with mental fitness. It goes with energy - and I am concerned [about the] steady decline in the standards of American fitness."

Kennedy: "Our children [should be] concerned with being energetic [so] that they use their young years not merely as spectators but as participants in life." 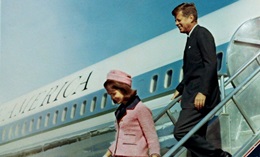 Jacqueline Kennedy: "Life with him was always so fast - [it was about] what you were doing that day. He'd never sort of plot goals and tell you he was aiming for them."

Jacqueline Kennedy: "He would never judge anyone in any sort of way."

James Reston: "Every woman either wants to mother him or marry him."

Lyndon B. Johnson: "[Kennnedy is] the enviably attractive nephew who sings an Irish ballad for the company and then winsomely disappears before the table clearing and dishwashing begin."

[On the recklessness that preceded Kennedy's wartime bravery:]
Douglas MacArthur: "They were under orders to fire [the torpedo] and then get out. ... Kennedy hung around, however, and let a Japanese destroyer mow him down. ... He should have been court-martialed."

Ben Bradlee: "You [always] had to keep him interested. If he was bored for five minutes, then he'd get up and leave."

[His secretary:] "I had seen nothing like [his schedule] in my whole life. Half [the time] was spent on women."

Thomas C. Reeves: "[JFK] lacked the full measure of his father's ambition, cruelty, and will to dominate. He was more amiable."

John M. Berecz: "[He treated] children kindly and [empathized] with those less fortunate." 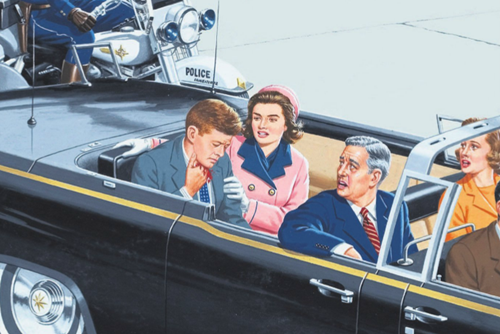