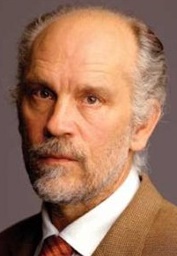 Quotes by and about John Malkovich

Malkovich: "I'm very much a typical midwesterner, and I don't think the condition is curable."

Malkovich: "A lot of people who knew me well [growing up] were very surprised to see me [go into acting]."

[Interviewer: "Are you as passionate about acting as you were when you started?"]
Malkovich: "I don't know, because I don't know how passionate I ever was. Meaning it was something I did that I liked doing, and it's remained that. But it's not as if I ever spent a lot of time sitting around and thinking about acting. I just did it."

Malkovich: "I'm not prone to talk much about what I do. But then I never have been."

Malkovich: "I'm not obsessed with acting. I don't read about acting, or follow acting, or know much about acting. ... Directing a film is no adjustment, because from the very first second I worked on a film, I was always with the technicians."

Malkovich: "I don't really mind what a director's like, because in a way, you're really there to fulfill their vision. You're working for them. You're a figure in their painting - you're not the artist. That's just the way I look at it. So I don't much mind what their method is."

Malkovich: "I never took [LSD]. Most of my friends did more than their fair share, and I liked being around them, but I only started having a glass of wine when I was 36. I've smoked - and did inhale - probably about five joints. If you talk about a whole joint, might be three. Drugs were never a big interest of mine. I did a film a couple of years ago that had a very nice line in it: 'Man has always sought oblivion.' When I gave my son's high-school-commencement address, I used that line and went through the whole list of people who died at 27, 24, 29, and said, 'That quote may be true, but maybe it isn't wise to seek oblivion always.'"

Malkovich: "I think when I went to psychoanalysis, I actually believed that people said what they meant. This was my whole problem."

Malkovich: "[Contrary to perception] there's [no mystery] to [me]. I am what I do [and] I work pretty hard at it."

Malkovich: "I like being at our farm in France, in Provence. ... I'm not by nature a city person."

Malkovich: "Helen is a boy's girl. She's smart, she is bawdy, she is sexy, she is refined and obviously talented, but she's the original boy's girl."

Malkovich: "Every day, somewhere in the world, terrorists will murder people who have nothing to do with their cause, to promote their cause, and that's something the world is starting to grapple with now. And the response has come in all forms. I think it has yet to find its clarity. It's no surprise that the head of Reuters popularized the phrase 'One man's terrorist is another man's freedom fighter,' because only a journalist could come up with something so utterly facile and idiotic, and actually obscene, in fact. But a huge part of the world believes that, and there's nothing I can do about that. They have their little causes, whatever they are. And one has to care about them profoundly, or one is a target. That's the way the world works, the whole world. Ideologically, it doesn't really matter - I really hate ideology, that's for sure. But ideologically, there's really nothing to say about it, because that's what it is. The world is ruled by violence, or at least the imminent threat of violence. It always has been. This is the way the world is, and there's nothing I can do about it - I mean, I can say it, I can observe it, I can have a feeling about whether that's good or bad. I could have, even, some empirical evidence that it's good or bad. But it doesn't matter, because that's what rules the world. Violence."

[His best friend:] "He's a lot more normal [than people think]. He likes to watch TV, he likes basketball. ... He's not someone sitting around in his own world. ... He draws, he paints, he can get dirty and repair things, he gardens."

Bella Freud: "Unlike many Hollywood stars, John isn't surrounded by assistants. He doesn't even have a PA. When he is working on something he tends to turn off his phone and disappear. But I always trusted him. There's something very good and true about him. He doesn't tolerate the empty, vacuous promises of Hollywood. ... I think of John as being like a great big lion who sits around benignly and every now and then flicks his tail and you feel this quake of fear. It's like there's a huge cavern underneath him of other stuff."

The Independent: "Despite his outer cool, Malkovich appears to be a man of fulminating emotions which come and go in a flash. He appears highly attentive one moment, aloof the next."

The Independent: "Malkovich's ability to embody an Iago-esque evil intelligence has seen him cast as clever criminals and psychopaths [time and again]. ... Ironically, the bad-guy roles are not the parts in which he would cast himself, he says. He is more at home making out-of-genre work like Strap Hanging, the short film he made in 1999. ... It was based on a true story about a Japanese commuter who had become so worried about tsunamis that he invented rubber underpants which inflated if hit by a wave. 'That's a lot more like me,' he confides."

The Independent: "The character he has most related to, he says, is Lennie, the unassuming, accidentally-murderous gentle giant he played in the 1992 adaptation of John Steinbeck's Of Mice and Men. Assuming the identities of difficult men with dark secrets can be exhausting, he says. 'But it's what I'm asked to do, and what people like me to be.'"