Quotes by and about Lucy Liu

[Asked why she is also a producer:]
Liu: "I think when you're a producer you really have a lot of say [in how it's going to be]. ... You can go in there and really have an opinion without worrying that someone's going to be like, 'Why is she taking over the set?'" 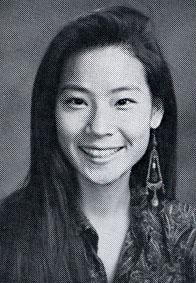 Liu: "It's so interesting that [acting] is the field I chose because this is something that I don't think my parents could've seen coming from a mile away. ... [It started when I auditioned for a small part in a college play and instead got cast as the lead.] I was completely shocked by that."

Liu: "The way I see it, you have one shot in your life to make a decision about what you want to do. My parents had been very focused on education, which I can absolutely appreciate, but if I wasn't going to pursue that, then I wasn't going to do it at all. As far as acting goes, I just went for it."

New York Times: "If all the roles for women in Hollywood were housed in one giant file cabinet, among the folders marked bookish schoolgirl, wide-eyed ingenue and wanton temptress, hardened district attorney, lonely soccer mom and rocking-chair-bound granny, there would be one labeled She Kicks Butt. Lucy Liu imagines that this is where you would find her picture. 'I bet you my head shot is right there,' she said. ... 'Right up front.'"