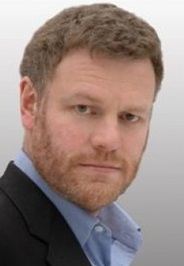 Quotes by and about Mark Steyn

Steyn: "In the Middle East, you quickly learn the art of backing out of the room without catching the crazy guy's eye. The problem for Europe is that it's their room the crazy guys are now in."

Steyn: "Not all Muslims support terrorists - though enough of them share their basic objectives (the wish to live under Islamic law in Europe and North America) to function wittingly or otherwise as the 'good cop' end of an Islamic good cop/bad cop routine."

Steyn: "Given the success he's had dismissing the premise of the New Testament as a fraud, perhaps Dan Brown could try writing a revisionist biography of acclaimed prophet Muhammad. Just a thought."

Steyn: "No Islamic nation could have flown to the moon or invented the Internet, simply because for a millennium the culture has suppressed the curiosity necessary for such a venture."

Steyn: "You can't fix a problem until you identify it honestly. Today, there are tens of millions of Americans who have absolutely no idea that we are broke - broker than any society has ever been. Granted, America is not alone in its appetites; the G7 is essentially a group of addicts run by pathological liars. If it were more honest, our guy would be standing up at the next meeting and saying, 'My name is Uncle Sam, and I'm a spendaholic.'"

Susan Catto: "Instead of shying away from the appearance of conflict, Steyn positively revels in it."

Robert Fulford: "Steyn [is] a self-styled 'right-wing bastard' who violates everyone."