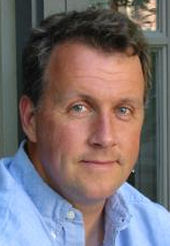 Quotes by and about Paul Graham

Graham: "When you find something you can't say, what do you do with it? My advice is, don't say it. Or at least, pick your battles. ... Argue with idiots, and you become an idiot. ... The most important thing is to be able to think what you want, not to say what you want."

Graham: "The people you can say heretical things to without getting jumped on are also the most interesting to know."

Graham: "Whatever the reason, there seems a clear correlation between intelligence and willingness to consider shocking ideas. This isn't just because smart people actively work to find holes in conventional thinking. Conventions also have less hold over them to start with. You can see that in the way they dress."

Graham: "In every period of history, people believe things that were just ridiculous, and believe them so strongly that you would have gotten in terrible trouble for saying otherwise. ... It's tantalizing to think we believe things that people in the future will find ridiculous. What WOULD someone coming back to visit us in a time machine have to be careful not to say?" 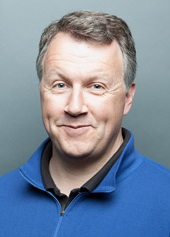 Graham: "In our own time, different societies have wildly varying ideas of what's ok and what isn't. So you can try diffing other cultures' ideas against ours as well. ... In one culture x is ok, and in another it's considered shocking. My hypothesis is that the side that's shocked is most likely to be the mistaken one."

Graham: "Kids' heads are repositories of all our taboos. ... The picture we give them of the world is not merely simplified, to suit their developing minds, but sanitized as well, to suit our ideas of what kids should think."

Graham: "In most fields the great work is done early on. The paintings made between 1430 and 1500 are still unsurpassed. ... Over and over we see the same pattern. A new medium appears, and people are so excited about it that they explore most of its possibilities in the first couple generations. Hacking seems to be in this phase now. ... Painting was not, in Leonardo's time, as cool as his work helped make it. How cool hacking turns out to be will depend on what we can do with this new medium."

Graham: "Your parents taught you to ignore taste. ... After dinning into you that taste is merely a matter of personal preference, they took you to the museum and told you that you should pay attention because Leonardo is a great artist."

Graham: "[I am] more comfortable dealing with abstract ideas than with people."

Graham: "Biographies of Newton ... understandably focus more on physics than alchemy or theology. The impression we get is that his unerring judgment led him straight to truths no one else had noticed. How to explain all the time he spent on alchemy and theology? Well, smart people are often kind of crazy. ... [And] the smartness and the craziness [are] not as separate as we think."