Quotes by and about Roger Ebert

[When Rob Schneider discounted a critical review of his movie 'Deuce Bigalow' because the critic had not won a Pulitzer prize:]
Ebert: "As chance would have it, I have won the Pulitzer Prize, and so I am qualified. Speaking in my official capacity as a Pulitzer Prize winner, Mr. Schneider, your movie sucks."

Ebert: "[I have] a lifelong fondness for repeating certain phrases. ... These phrases ... are rituals in the continuity of life."

Ebert: "[Eugene Siskel once said to me:] 'The importance of Judaism ... is that we have stayed together and respected these things for thousands of years, and so it is important that we continue.' In a few words, this was one of the most touching descriptions of Judaism I had ever heard."

[On Spielberg's 'Jurassic Park':]
Ebert: "I think there are scenes in this movie that are very intense. It's been aimed at kids and it's been promoted through 'Dino-meals' at McDonald's. A lot of kids are going to want to see this movie, and I think that for the little ones it is going to be too much." 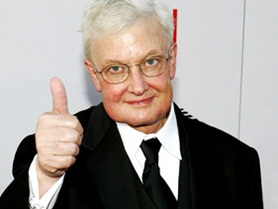 [In his negative review of 'Fight Club':]
Ebert: "I think it's the numbing effects of movies like this that cause people to go a little crazy."

[In his negative review of 'Team America: World Police':]
Ebert: "[Matt Stone and Trey Parker] don't have a plan for who they want to offend, only an intention to be as offensive as possible. ... If I were asked to extract a political position from the movie, I'd be baffled. It is neither for nor against the war on terrorism, just dedicated to ridiculing those who wage it and those who oppose it." 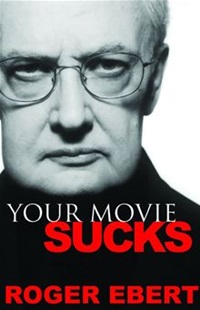 [In his negative review of Terry Gilliam's 'Brazil':]
Ebert: "The movie is awash in ... apocalyptic scenes of destruction and a general lack of discipline. ... The movie is very hard to follow. I have seen it twice, and am still not sure exactly who all the characters are, or how they fit."

[In his negative review of Terry Gilliam's 'Fear and Loathing in Las Vegas':]
Ebert: "[It] is a horrible mess of a movie, without shape, trajectory or purpose. ... As for Johnny Depp, what was he thinking when he made this movie? He was once in trouble for trashing a New York hotel room, just like the heroes of [this movie]. What was that? Research?"

Ebert: "Tarantino remains the most brilliantly oddball filmmaker of his generation. ... [He] celebrates [a] genre while kidding it, loving it, and transcending it. ... [His films are] an exuberant celebration of film-making."

Edward Eager: "[Ebert was] a master at uncovering the Freeze Frame Bonus - for years, he would spend a week ... dissecting a film frame-by-frame ... to reveal small details."