Quotes by and about Stanley Kubrick

Kubrick: "Some people are only listening and not really paying attention with their eyes. Film is not theater - and until that basic lesson is learned I'm afraid we're going to be shackled to the past and miss some of the greatest potentialities of the medium."

Kubrick: "[People that aren't] doing their job right ... I generally find that ... they're not thorough; they don't consider all the possibilities."

Kubrick: "You have to have patience because if you don't, your own frustrations prove to be too much of a distraction. ... If you allow yourself to become irritated, it's just another distraction." 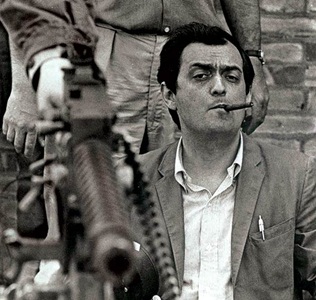 [Asked if he is a control freak:]
Kubrick: "I may have poor insight about myself, but I don't think so, no. Obviously, in the nature of making a film, you are trying to control a lot of people. ... But that's certainly not why I've made movies."

Kubrick: "To establish a good working relationship [with an actor] I think all the actor has to know is that you respect his talent enough to want him in your film." 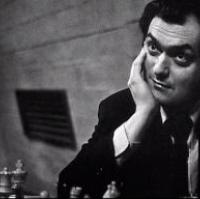 Kubrick: "So many films [want] to ingratiate [themselves] with the audience. ... [There is] so much sentimental bullshit."

Kubrick: "I was a school misfit and considered reading a book schoolwork. I don't think I read a book for pleasure until after I graduated high school."

Kubrick: "The best education in film is to make one. I would advise any neophyte director to try to make a film by himself. A three-minute short will teach him a lot. I know that all the things I did at the beginning were, in microcosm, the things I'm doing now as a director and producer."

Kubrick: "There are a lot of noncreative aspects to filmmaking which have to be overcome, and you will experience them all when you make even the simplest film: business, organization, taxes, etc. It is rare to be able to have an uncluttered, artistic environment when you make a film, and being able to accept this [messiness] is essential. The point to stress is that anyone seriously interested in making a film should find as much money as he can as quickly as he can and go out and do it."