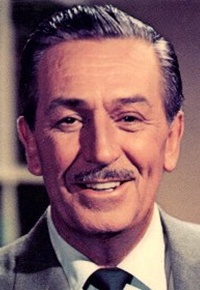 Quotes by and about Walt Disney

[Asked about the secret to his success:]
Disney: "Maybe it's because I can still be amazed at the wonders of the world."

Disney: "I believe in being an innovator."

Disney: "All individuals are different. Some of us just wouldn't be satisfied with just carrying out a routine job."

Disney: "[At my company] we keep moving forward, opening up new doors and doing new things, because we're curious; and curiosity keeps leading us down new paths."

Disney: "When you believe in a thing, believe in it all the way, implicitly and unquestionably." 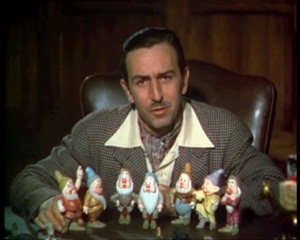 Disney: "The American child is a highly intelligent human being - characteristically sensitive, humorous, open-minded, eager to learn, and has a strong sense of excitement, energy, and healthy curiosity about the world in which he lives. Lucky indeed is the grown-up who manages to carry these same characteristics into adult life."

[Asked why he kept adding new things to Disneyland:]
Disney: "Disneyland will never be completed as long as there is imagination left in the world."

Disney: "Disneyland is something that will never be finished. It's something that I can keep developing. It will be a live, breathing thing that will need change. A picture is a thing, once you wrap it up and turn it over to Technicolor, you're through. Snow White is a dead issue with me. But I can change the park, because it's alive."

Disney: "You know, I was stumped one day when a little boy asked, 'Do you draw Mickey Mouse?' And I had to admit I do not draw anymore. 'Well, then you think up all the jokes and ideas?' 'No,' I said, 'I don't do that.' Finally, he looked at me and said 'Mr. Disney, just what do you do?' 'Well,' I said, 'sometimes I think of myself as a little bee. I go from one area of the Studio to another and gather pollen, and sort of stimulate everyone. I guess that's the job I do.'" 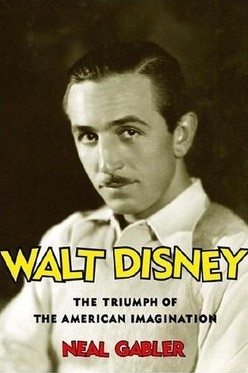 Neal Gabler: "The most powerful source of his appeal as well as his greatest legacy may be that Walt Disney ... defined the terms of wish fulfillment and demonstrated on a grand scale ... how one could be empowered by fantasy - how one could learn, in effect, to live within one's own illusions and even to transform the world into those illusions. [The song] 'When You Wish Upon a Star' .. was his anthem and guiding principle."

Neal Gabler: "Everyone who knew him remarked on his intensity; when something intrigued him, he focused himself entirely as if it were the only thing that mattered."

Neal Gabler: "No doubt because he worked in what was regarded as a juvenile [medium], and because his films seemed naive, unselfconscious, and unpretentious, the young Walt Disney was regarded in most circles as a kind of folk artist."

Neal Gabler: "Whether in his movies or in his theme parks, Disney always promised a fantasy in which one could exercise the privileges of childhood - privileges he never abandoned in his own life."

Neal Gabler: "He had a facility with quips."

Neal Gabler: "Boyish, enthusiastic, and garrulous, [he] had a way of filling one with enthusiasm too as he described his plans, which he loved to do."

Neal Gabler: "For someone as social as Walt Disney ... loneliness was a curse, and he would [do] anything to avoid it."

Neal Gabler: "Walt, who had very little executive talent or inclination, was never as interested in building an operation or running a business as he was in improving the product."

William Phelps: "He has accomplished something that has defied all the efforts and experiments of the laboratories in zoology and biology: He has given animals souls."