The schizotypal personality spectrum encompasses a range of characteristics, all pointing to the presence of distraught mood, estranged self-image, undoing, circumstantial cognitive style, and the like. However, there is considerable variation in the type and extent of the traits.

Could you be said to have schizotypal traits? For each of the following questions, indicate your level of agreement below.

I feel suspicious of people, even after they have acted loyally toward me.

The IDRlabs Schizotypal Personality Spectrum Test (IDR-ESPT) was developed by IDRlabs. The IDR-ESPT is based on the work of Dr. Adrian Rain, D.Phil. in Psychology, and his colleagues, who developed the Schizotypal Personality Questionnaire (SPQ). The IDR-ESPT is not associated with the aforementioned researchers in the field of personality psychology, psychopathology, or any affiliated research institutions.

Distraught Mood: People with schizotypal traits tend to be apprehensive and ill at ease, particularly with regard to social encounters. They are usually agitated and anxiously watchful, evincing distrust of others and suspicion of their motives – tendencies persist despite growing familiarity with the other. They also manifest an apathetic, sluggish, joyless, and spiritless presentation. Many have marked deficiencies in face-to-face rapport and emotional expression.

Estranged Self-Image: Individuals with schizotypal features display recurrent social perplexities and illusions as well as experiences of depersonalization, derealization, and dissociation. For instance, they may repeatedly have the feeling that they are observing themselves from outside of their body, or they have a sense that things around them are not real. Many also feel detached from themselves and their emotions and have repetitive thoughts about the emptiness and meaninglessness of life.

Undoing Dynamics: Schizotypal people often have bizarre mannerisms and idiosyncratic thoughts that appear to reflect a reversal of previous acts or ideas that have stirred feelings of anxiety, conflict, or guilt. This is related to their peculiar behavior, speech patterns, and perceptions, as those peculiarities may have formed as unconscious rituals to ward off such negative feelings. By extension, many engage in ritualistic or magical behaviors which serve to repent for or nullify presumed misdeeds or "evil" thoughts.

Circumstantial Cognition: People with schizotypal traits are often characterized by an inability to read the thoughts and feelings of others adequately. Hence, their social communications are often mixed with personal irrelevancies, circumstantial speech, digressions from the main point, and false ideas that random occurrences are directly related to them. They are often ruminative and appear self-absorbed and lost in daydreams with occasional magical thinking, bodily illusions, obscure suspicions, and odd beliefs.

Peculiar Expressions: Individuals with schizotypal features tend to display awkward and peculiar mannerisms. They are often perceived by others as abnormal and disposed to behave in an unobtrusively odd, aloof, curious, or bizarre manner. For instance, they may rarely laugh or smile and have problems expressing what they think or feel. Hence, they are often misunderstood or described as “odd” or “weird”.

Fragmented Psyche: Schizotypal people have difficulties sorting out their thoughts and past experiences. They tend to be disjointed and have challenges internalizing the consequences of their actions. Moreover, their excessive fluidity when it comes to making connections between occurrences may be manifested in beliefs about paranormal psychic forces (i.e., mind reading, telekinesis, or out-of-body experience) as well as deeply personal superstitions.

Secretive Conduct: People with schizotypal traits often prefer privacy and isolation. They tend to have few attachments, personal obligations, and a consistent pattern of discomfort with close relationships and interactions. On this point, schizotypal people may also be influenced by their suspiciousness of others, exasperating their difficulties in forming and maintaining close relationships.

Chaotic Contents: Individuals with schizotypal features tend to be characterized by disorganized internal thoughts and feelings. For instance, others may perceive them to ramble on about different topics, have disjointed and jumbled memories of the past, and act on their feelings in ways that seem peculiar. This is often related to their atypical view of reality, odd thoughts, and abnormal interpretations of ordinary events.

As the publishers of this free online schizotypal personality test, which allows you to screen yourself for the signs and symptoms of this condition, we have strived to make the test as reliable and valid as possible by subjecting this test to statistical controls and validation. However, free online quizzes such as the present schizotypal personality test do not provide professional assessments or recommendations of any kind; the test is provided entirely “as-is.” For more information about any of our online tests and quizzes, please consult our Terms of Service. 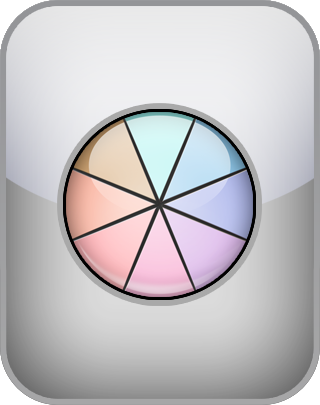 1. Free. This schizotypal personality test is delivered to you free of charge and will allow you to obtain your scores related to

2. Clinically oriented. The feedback delivered by this instrument is based on the work of psychologists and is designed to deliver a clear clinical picture of the respondent’s current symptoms indicating schizotypal personality as measured according to standardized items.