Which TNG character do you resemble?

The Star Trek: The Next Generation character test is an unscientific and “just for fun” personality test that has achieved a surprising amount of popularity through the success of the Star Trek franchise.

This version of The Next Generation test will determine which of seven Star Trek characters you resemble the most, using real psychometric items.

I prize social harmony and strive to minimize negative criticisms that ruin the mood.

The IDRlabs Star Trek Test (IDR-STT©) was developed by IDRlabs International. The IDR-STT utilizes characters from the Star Trek franchise but is not in any way associated with Paramount Domestic Television, CBS Television, nor any executive producers or other professionals affiliated with Star Trek: The Next Generation. No infringement is intended by the present test.

The IDRlabs Star Trek Test has been developed by professionals experienced with personality typology and psychological assessment. While the characters considered by this test are fictitious, this quiz does use genuine psychometric items and analysis to ascertain the test taker’s closest resemblance to one of seven possible character matches.

Tests related to the Star Trek franchise, whether they are professional, educational, or free online quizzes such as this, are merely first glances at some aspect of your personality. In the case of the present test, your results will give you a clue as to your personality match with one of seven possible characters (Q, Jean-Luc Picard, Deanna Troi, Beverly Crusher, Will Riker, Data, and Geordi Laforge). Generally speaking, no test ever created can match your personality with complete accuracy or can replace educating yourself about the relevant personality theories and models. For more information regarding the above characters specifically, you can consult official Star Trek franchise materials.

As a character test concerned with Star Trek, the present test yields descriptions such as the following: Jean-Luc Picard – Intelligent, inquisitive, and incredibly serious, Picard is not just captain of the Enterprise, but one of the most competent and capable captains in all of Starfleet. Part archaeologist, part philosopher, and part diplomat, Picard is competent and resourceful in all manner of intellectual situations and particularly adept at understanding alien civilizations’ unique ways of thinking. Though he runs a tight ship, insisting on stern discipline and keeping some measure of distance between himself and his crew, he is also incredibly loyal toward his crew members and immensely invested in the well-being of each and every one of them. It is this mix of confidence and humility, along with Picard’s natural leadership abilities, that have won him the admiration and respect of everyone aboard the Enterprise.

As the publishers of this free online test, we have strived to make the test as reliable, valid, and comprehensive as possible by subjecting this test to statistical controls and validation. Before taking our online test, please remember that the results are provided “as-is” and should not be understood to be equal to professional assessment, recommendations, or intervention of any kind. For more information about the current test or our other online psychological tests, please refer to our Terms of Service. 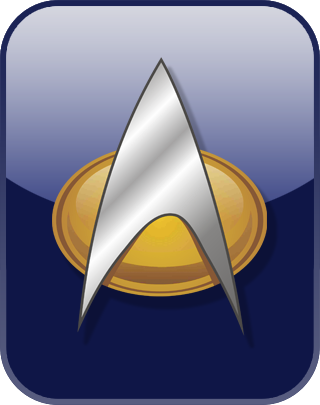 4. Developed by professionals. The current Star Trek Test was created by researchers and psychology professionals who work with psychometrics.