The Succession Test is an unscientific and “just for fun” personality assessment that will determine which of seven characters from the popular TV show you resemble the most.

Who is your Succession character match? For each of the following statements, indicate how well it applies to you below.

I struggle to take things seriously, preferring to make jokes to lighten the mood.

The IDRlabs Succession Test was developed by IDRlabs. It is based on the popular TV show but is not affiliated with the show’s writers, its broadcaster, or other related entities.

Connor: Connor Roy is Logan’s child from his first marriage, making him an outsider to the three-way struggle for power that his other siblings are engaged in. Completely oblivious to his own privilege and painfully unaware of how the family intentionally sidelines him to prevent him from embarrassing them, Connor is initially happy staying outside of the fray on his New Mexico ranch. Being the least self-aware person in the Roy family is no small feat, but Connor’s clownish behavior makes him a comic figure even among the others. From his dream-like, consequence-free existence in the desert, he decides he wants to run for president despite having no experience, skills, or coherent ideology. His “relationship” with a call girl, Willa, highlights his initial naivete, but he gradually begins to recognize how he can use his leverage to his advantage.

Tom: Shiv’s husband and a committed company man, Tom Wambsgans came from humble beginnings and is constantly bending to fit in with the Roys and their extravagant lifestyle. Having been swept into a world of obscene wealth, Tom becomes enamored with the luxury of his new life. Obsequious and simpering, Tom will do anything to please Shiv, Logan, and anyone else who can help him climb the ladder at Waystar Royco. Tom takes Greg, the new outsider of the family, under his wing – partly to mentor him but mostly to have someone subordinate to him that he can bully. Even though Shiv cheats on him, mistreats him, and uses him for her own selfish aims, Tom is utterly devoted to her, even agreeing to an open marriage on their wedding night in order to keep their relationship alive. Eventually becoming a sympathetic figure due to the constant abuse he receives from the family, Tom starts to realize that he can’t truly trust anyone and must scheme on his own if he wants to reach the top.

Greg: Lanky, awkward, and perennially out of place in every situation he’s thrown into, Greg Hirsch is a lost gazelle that has found his way into the lion’s enclosure of the Roy family. Referred to most commonly as “Cousin Greg” to emphasize his status as a fringe member of the family, Greg floats through the power struggles between the four Roys with an endearing naivete. Initially uncomfortable with wealth and power, Greg learns to enjoy the lavish lifestyle he’s exposed to, perhaps even relishing his proximity to power. The family’s cutthroat methods of jockeying for control begin to rub off on Greg as he learns how to gain leverage, climb up the slippery ladder of power, and make himself an essential part of the family. Eventually, he is able to use his perception as an outsider to catch people unaware as he shifts nimbly between each of the warring factions of the family, always gravitating to the winning side just in time to earn his appropriately small share of the spoils.

As the publishers of this free online Succession Test, which allows you to screen yourself for the characteristics and manifestations of your Succession character match, we have striven to make the test as reliable and valid as possible by subjecting it to statistical controls and validation. However, free online quizzes such as the present Succession Test do not provide professional assessments or recommendations of any kind; the test is provided entirely “as-is.” For more information about any of our online tests and quizzes, please consult our Terms of Service. 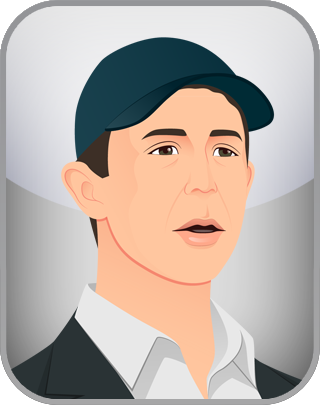 1. Free. This online Succession Test is provided to you free of charge and will allow you to obtain your scores as related to seven major characters from the franchise.

2. Statistical controls. Test scores are logged into an anonymized database. Statistical analysis of the test is performed to ensure maximum validity and accuracy of the results.

3. Developed by professionals. The current Succession quiz was created by researchers and psychology professionals who work with psychometrics.